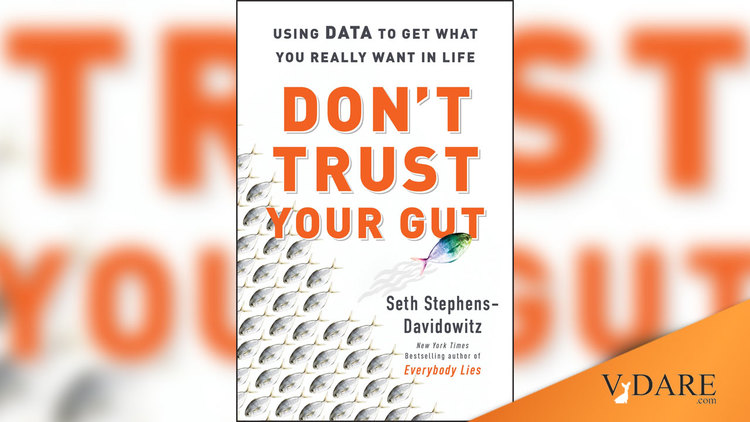 Sailer In TakiMag: How to Earn a College Athletic Scholarship

Say you have an athletic child in middle school: Specializing in which sport in high school would make it most likely for your son or daughter to earn a college scholarship? The new self-help book from data scientist Seth Stephens-Davidowitz, Don’t Trust Your Gut: Using Data to Get What You Really Want in Life, which attempts to be “Moneyball for your life,” crunches the numbers on this and other intriguing topics.

The first question is whether your child has any particular genetic blessing from nature. Or would your scion have to make it on specialized nurture alone? For example, if your son is on track to grow to be more than seven feet tall, then basketball is of course a good bet: About one in seven of the tiny number of American men over seven feet make it to the NBA.

Stephens-Davidowitz has a clever way to estimate how genetically determined success is in different sports: What proportion of siblings at the highest level are identical twins?

For example, the NBA has had ten pairs of twins in its history, with at least nine pairs being identical. Of all the fraternal twosomes in NBA history, 11.5 percent have been identical twins, a very high fraction. If one identical twin is good enough to make the NBA, it appears the other has over a 50 percent chance of making it too. The author guesstimates that genes determine 75 percent of basketball success.

Not surprisingly, considering how dependent basketball success is upon height, which these days is overwhelmingly genetic in origin, that makes basketball one of the four sports where genes matter most.

The most genetically influenced sport is track and field, where an astonishing 22.4 percent of all Olympic same-sex siblings have been identical twins.