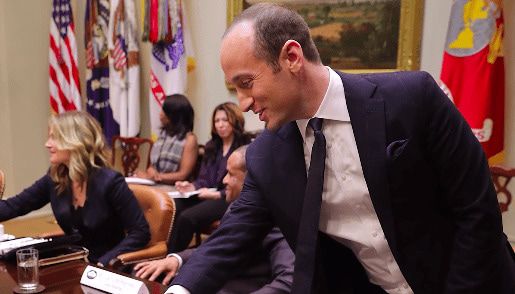 Kudos to Robert Stacy McCain (The Other McCain) for writing this:

For most of its history, a wise observer once remarked, the American conservative movement has been an oxymoron: it doesn’t move anywhere and has never conserved anything. The man who made that observation died a few years ago, but not before suffering the common fate of anyone who tells the truth in America. He was denounced as a racist, banished from polite society, and “hate-listed” by the Southern Poverty Law Center (SPLC). Such is the destructive fate that liberals (and some misguided soi-disant “conservatives”) have in mind for Stephen Miller, the senior adviser to President Trump. If you are a conservative who just stumbled onto this column online, and you are too busy to read past the first paragraph, let me sum it up succinctly: Protecting Miller from this dishonest attack is as vital to the future of the Republican Party as it is to oppose the Democrats’ efforts to impeach our president.[More]

I had a feeling the the "wise observer" who said that would turn out to be the late Sam Francis, who VDARE.com published for the last four years of his life, when Conservatism Inc. had abandoned him, and so it does.

McCain also covers Katie McHugh and her revelations, American Renaissance as a news source ("the 21st-century American equivalent of samizdat") and makes a passing reference to National Review's defenestration of John Derbyshire. Read the the whole thing.