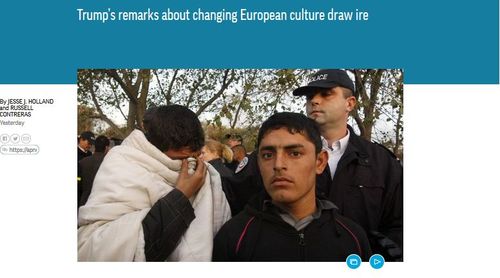 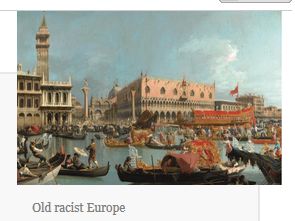 WASHINGTON (AP) — President Donald Trump’s lament this week that immigration is “changing the culture” of Europe echoed rising anti-immigrant feelings on both sides of the Atlantic, where Europe and the United States are going through a demographic transformation that makes some of the white majority uncomfortable.

“The way he put this argument about changing our culture … about Europe becoming less nice than it is, in other words, these people are here and they are making the culture crappy and making the place lesser, that’s straight out of the white supremacist/white nationalist playbook,” said Heidi Beirich, director of the Southern Poverty Law Center’s Intelligence Project. …

It’s racist for Trump to like Europe to have European culture. 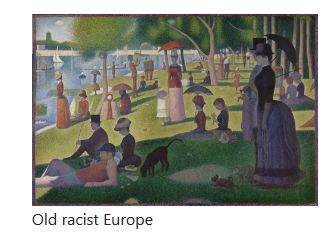 rump, the grandson of a German immigrant and the son of a Scottish immigrant to the United States, repeated his contention at a news conference with British Prime Minister Theresa May:

Claire M. Massey, a scholar at the Institute for British and North American Studies at Ernst-Moritz-Arndt Universität in Greifswald, Germany, said Trump’s comments were “awfully painful,” especially for the United Kingdom, where immigration has played a key role in rebuilding the country after World War II. “England and the United Kingdom wouldn’t be what it is today without immigrants,” she said.

Indeed. Think of what England was before: hideously white. I mean, what did white Englishmen ever accomplish? 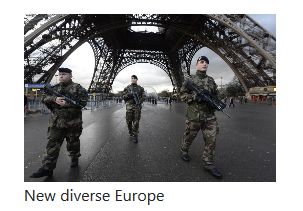 Massey said Trump’s comments remind her of the rhetoric coming from neo-Nazis in Germany and Poland. The comments will embolden the far-right in Europe at a time when many European nations are already very diverse. …

The United States is also going through a demographic shift. The Census Bureau estimates that the country’s population will have more minorities than whites for the first time in 2043, a change due in part to higher birth rates among Hispanics and a stagnating or declining birth rate among blacks, whites and Asians. …

Paul A. Kramer, a Vanderbilt University historian who specializes in the politics of inequality in the United States, said Trump’s most recent comments were an intentional attempt to ally himself and his base in the United States with the far-right nationalist movements in Europe.

“The rising tide of white nationalism is something that he embraces, that he sees himself as participating in and that he wants to encourage,” Kramer said. 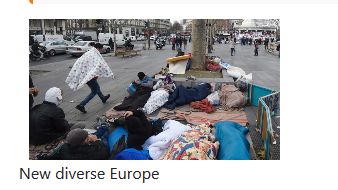 So far, the Establishment response to Trump’s statements is that only extreme right neo-Nazi white nationalists kind of like Europe being, you know, European.

The only people who want Europe to look more like Europe than like a Van Nuys strip mall are extremists.

Seriously, this seems like a really self-defeating political strategy.

Of course, for the SPLC, the more they redefine the average tourist’s desire to see the Europe of Europeans as hate, the more hate they can battle via their fundraising junk mail. Morris Dees didn’t get where he is today by leaving hundred dollar bills lying on the sidewalk.