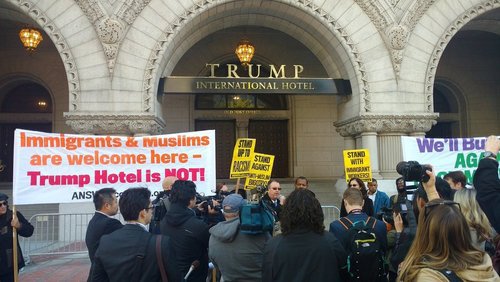 Conservatives Aren't "Organizing" Like Antifa Because We Have Real Jobs

Apropos of James Kirkpatrick’s interesting piece about the failure of Trumpian populists to organize, an observation/addendum to something he wrote at the bottom of his piece:

[C]onservatives, especially nationalists, are not simply not organizing on the ground the same way other groups do. (David Hines has been making this case for months.) They are far too eager to come out for a candidate, pull the lever and then go home.

That is certainly true, but as I’ve written before, conservatives of whatever stripe don’t “organize” because they work all day. And have family duties. They expect to learn what they need to know from the news, pick a candidate who meets their expectations, vote for that candidate, and then wait for that candidate to what he said he would do. For the conservative, except the professionals in D.C., New York and elsewhere, organizing is a part-time endeavor they get to when they can get to it. Indeed, it’s not even part-time.

Conservatives who can and do “organize” are, obviously, wealthy, or wealthier than those who don’t or can’t. But they are more likely to be part of the GOP establishment or Never-Trump Conservatism, Inc. and aren’t going to show up to get into fisticuffs with Antifa. These are the conservatives who “organize” at CPAC every year, poke their fingers in the air and rail against big government after a Rush Limbaugh speech, then go back home. They are not the bricklayers, plumbers and roofers who voted for Trump. These last don’t even know what CPAC is, and, I can guarantee, while very familiar with the parables of the sower and the lost sheep, know nothing about the Parable of the Broken Windows.

Liberals and leftists, on the other hand, particularly these young Antifa nuts, obviously aren’t working if they are marching in the streets and shouting four-letter words, or worse, burning cars and otherwise vandalizing our cities, then landing in jail. The liberals who have jobs and join these riots are, obviously, not working real jobs in the private sector. They are either toiling in the vineyards of nonprofit leftism, working at universities or public schools, or otherwise “working” at endeavors that permit them to “organize” 24-7-365. They might be teachers or other government employees protected by unions. As for family duties, many of them are angry, bitter, childless feminists who don’t have children, don’t want children or have aborted them. Others are soy boys. Others are, well, just nuts. For them, “organizing” is a full-time job. Before he was president, recall, Barack Hussein Obama was a “community organizer.”

Conservatives and nationalists will “organize” when the left goes too far. When that happens, it’s not going to be pretty.

And when it’s over, they will go back to work.