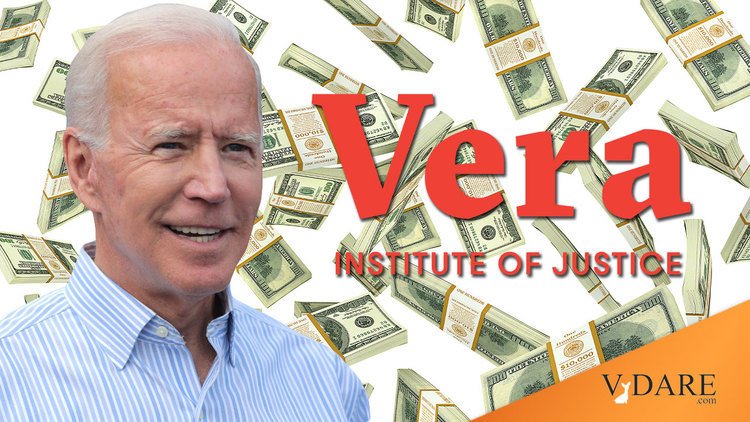 The communist Vera Institute for Justice, which has been using tax money since at least 2015 to stop the deportation of “unaccompanied minors” who just happen to be illegal aliens, could get as much $1 billion through the next few years to continue the treason.

Citing Fox News, VDARE’s Former Agent reported in January that the Soros-backed subversives had collected $158 million. Now, again thanks to Fox, we learn that Vera will get $171.7 million for a one-year contract that ends in March [Liberal group lands $171M gov’t contract that could reach $1B to help illegal immigrants avoid deportation, by Joe Schoffstall and Adam Shaw, July 14, 2022].

Worse still, the contract says the total could reach $983 million by March 2027.

Total so far just with these three figures: $639.7 million.

We aren’t selling our enemies the rope with which they will hang us. We’re giving it to them.

History answers the question of whether a nation this weak and stupid deserves to survive.