To third world moochers south of the border, the United States looks like one big piggy bank, the free stuff of which is somewhat blocked by an annoying border. That attitude was illustrated by an interview from Wednesday’s amnesty mob in DC, where one participant opined, “‘It’s better if we can put (our) two countries together.”

Of course, such an arrangement would be a huge win for crackhouse Mexico and a total loser for America, as I explained in a 2007 article (when the North American Union was being discussed), Top Ten Reasons Why the US Should Not Marry Mexico.

Another example from Wednesday’s gimme spectacle: 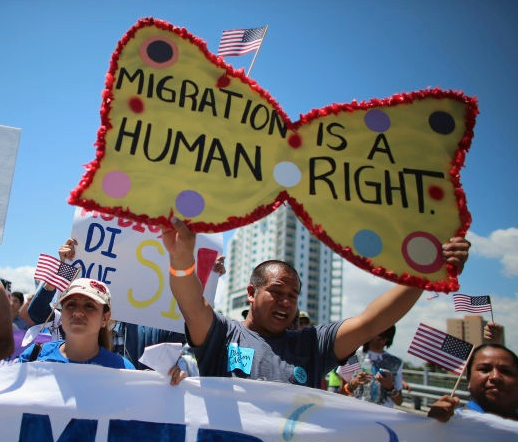 Perhaps the guy picked up the idea that “migration is a human right” from his local Catholic church, an anti-sovereignty organization that consistently violates its non-profit tax status by campaigning against US borders. “Any family in economic need has a right to immigrate, that’s our posture,” said Catholic priest Michael Seifert of south Texas, perfectly voicing the Marxist view of the church, aka “liberation theology.”