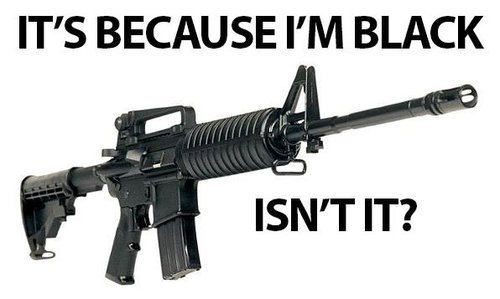 SLATE: "Why St. Louis Should Move to Illinois"—For The Gun Control

Earlier this month I reposted an observation I made way back in 2004 that gun control is about white urban liberals trying to signal to white rural conservatives that they want their help in disarming dangerous urban minorities, but without ever mentioning the word “black” and with lots of denouncing of the white conservatives as the real threat.

Here’s a Slate article that appears to be picking up on that argument by saying that St. Louis needs to be rescued from the evil white conservatives of Missouri.

Why St. Louis Should Move to Illinois

It doesn’t belong in Missouri anymore.

The great city of St. Louis has a major problem with gun violence. Even as homicide rates have continued to decline elsewhere in the country, they have surged in St. Louis, which last year saw a 33 percent rise in killing, to 159 in a city of 318,000. (Note: this does not include the death of Michael Brown in Ferguson, which is in St. Louis County, a separate jurisdiction with 1 million people.)

But it does count the December murder of Zemir Begic by a mob of minority teens shouting “Kill the whites.”

Criminologists point to all the usual reasons for the violence: a thriving drug trade, high unemployment among young men, and so on. But a New York Times article on Tuesday noted that St. Louis police are contending with a factor that their counterparts in many other high-crime cities are not: exceedingly lax gun laws. …

There are of course other Democratic-leaning cities with large minority populations in Republican-dominated states—think of New Orleans; Atlanta; Birmingham, Alabama; Little Rock, Arkansas; Memphis, Tennessee; or Houston, all places where the divides between red and blue America are very much an intrastate matter. But St. Louis stands out among them in one key way: It sits on the very edge of its state and directly adjacent to a solidly blue state, Illinois—after all, its smaller, like-named cousin across the Mississippi River, East St. Louis, is in the Land of Lincoln. Heck, look at a map and you’ll see that St. Louis juts right into Illinois.

Of course, there actually is a St. Louis in blue state Illinois: East St. Louis, Illinois. It’s had a black mayor for over 40 years. So let’s check out this documentary footage of a Chicago family visiting East St. Louis to see how enlightened, honest Illinois government has been working out there [language NSFW]: