SLATE: "From One White Lady to Another: No, Meryl Streep, We Are Not 'All Africans.'" 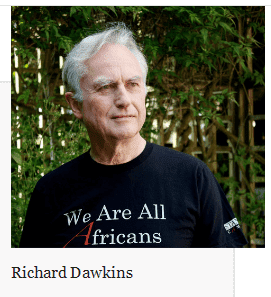 From One White Lady to Another: No, Meryl Streep, We Are Not “All Africans.”

You’re a white lady, Meryl Streep. I’m also a white lady. It is because of our shared whiteness that I feel compelled to notify you that your characterization of white people on Thursday—that “we’re all Africans, really”—is false.

It’s true that our species, Homo sapiens, evolved on the continent some hundreds of thousands of years ago. But when our early common ancestors started to migrate out of Africa (hey, remember when you starred in that that romantic, racist, colonialist fantasy in the ’80s?) between 125,000 and 60,000 years ago, they were barely even humans. In fact, almost as soon as Homo sapiens evolved from Homo erectus, they began to decamp the continent, becoming, in your parlance, Asians and Europeans. Since their original land mass was not yet called Africa—the word has origins in ancient Rome—it’s a safe bet that these early ancestors did not identify one another as Africans. Neither should you.

Even if that weren’t so, claiming African ancestry when you have none, at least not in the past few millennia, is insulting to people whose actual family history roots them in that continent and the diverse cultures, triumphs, and struggles it’s seen. I’m sure you know that Africa is not a country, and the countries within its bounds cover a wide spectrum of political systems, religious traditions, social customs, and major industries. So, what kind of Africans are we? Tunisian? Somalian? Malawian? Basotho? How ridiculous does “we’re all Malawians, really” sound to you?

The context of your remarks, which were uttered in defense of the lack of diversity on the Berlin International Film Festival panel, makes them even more troubling. You are the president of an all-white jury (when’s the last time that phrase led to something good?).

Do you really want to open that can of worms?

You must have expected some probing questions, especially as a leading actress in an industry that just produced its second annual all-white Oscar nomination slate.

Instead, you diminished the very real, pertinent differences between white Western filmmakers and Arab and African filmmakers: “There is a core of humanity that travels right through every culture, and after all, we’re all from Africa originally,” you said, insinuating that our contemporary lives bear more relevance to early Homo sapiens than the thousands of intervening years of colonialism, globalization, cultural advancement, and geopolitical conflict. “At least women are included and in fact dominate this jury, and that’s an unusual situation in bodies of people who make decisions,” you said, “so I think the Berlinale is ahead of the game.”

You aren’t the first white feminist (oh, sorry, humanist) to decouple race from gender and prioritize one over the other—Patricia Arquette can tell you why that’s a no-no—but it’s a tired act that gets even less defensible as more and more of us white ladies get schooled. I sighed with deep disappointment when you wore that T-shirt emblazoned with a truncated quote from Emmeline Pankhurst, who you played in Suffragette: “I’d rather be a rebel than a slave,” it said. The phrase drew a disturbing connection to the Confederacy and American slavery, a link that was surely unintentional but apt nonetheless, as plenty of American suffragettes drew their boundaries of liberation around racial lines. Still, I was inclined to forgive you, since it was a silly photo shoot and you might not have had the time or presence of mind to fully grasp the implications of what you were wearing.

But this time, it’s different. If your humanism denies the value of diverse perspectives and dismisses the modern-day realities of racism, I can’t take your humanism seriously. Yes, I’m aware that nearly all of my faves are somehow problematic. But not all of them take their philosophies on whiteness from a Richard Dawkins T-shirt.

Richard Dawkins, interestingly enough, was born in Nairobi and lived in Kenya until he was eight. His father was an agricultural civil servant for the British Empire. This is pretty similar to the background of William D. Hamilton and Richard Lynn and who knows how many more leading Darwinists.