Not Wholly Out of Africa: #OscarsSoNeanderthal

The Link Between Neanderthal DNA and Depression Risk

ED YONG 2:00 PM ET SCIENCE Modern humans originated in Africa, and started spreading around the world about 60,000 years ago. As they entered Asia and Europe, they encountered other groups of ancient humans that had already settled in these regions, such as Neanderthals. And sometimes, when these groups met, they had sex.

We know about these prehistoric liaisons because they left permanent marks on our genome. Even though Neanderthals are now extinct, every living person outside of Africa can trace between 1 and 5 percent of our DNA back to them.

(I am 2.6 percent Neanderthal, if you were wondering, which pales in comparison to my colleague James Fallows at 5 percent.) 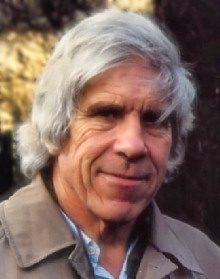 I hope somebody has preserved some of the DNA of the late English evolutionary theorist William D. Hamilton for testing for Neanderthal genes. His school rugby teammates nicknamed him “Caveman” because he looked like the popular conception of a Neanderthal.

This lasting legacy was revealed in 2010 when the complete Neanderthal genome was published. Since then, researchers have been trying to figure out what, if anything, the Neanderthal sequences are doing in our own genome. Are they just passive hitchhikers, or did they bestow important adaptations on early humans? And are they affecting the health of modern ones?

Some teams showed that Neanderthal DNA made its way into specific genes of interest, particularly those involved in the immune system. Others looked across the whole genome and showed that Neanderthal sequences cluster around genes that affect skin, hair, fat metabolism, and the risk of type 2 diabetes, cirrhosis, Crohn’s disease, and—bizarrely—smoking addiction (more on that later).

In a study published today in Science, Corinne Simonti from Vanderbilt University and her colleagues decided to take a different tack: They simultaneously looked at Neanderthal DNA across the entire genome and looked for associations with more than 1,600 traits and diseases. It was an unprecedentedly broad and systematic approach, made possible through an unlikely source of information: electronic medical records.

Since 2007, Vanderbilt researchers have been coordinating an 12-institute initiative called eMERGE (short for Electronic Medical Records and Genomics), analyzing the DNA of 55,000 volunteers and comparing those sequences to the patients’ medical records. Those records are goldmines of untapped data about the participants’ phenotypes—the full collection of their traits, including things like height, weight, cholesterol levels, heart function, cancer risk, and depression symptoms. Rather than looking for genes that are related to specific traits or diseases, as many large genetics studies do, eMERGE allows researchers to look for genes related to, well, pretty much anything in those records.

Capra and his colleagues found significant associations between Neanderthal variants and a dozen phenotypes, including actinic kerastoses (patches of dry, scaly skin caused by sun exposure) and a hypercoagulable state (where blood clots form too readily in the body).

Hunting large Ice Age game such as Wooly Mammoths probably increased your chances of major wounds, which could cause you to bleed out unless your blood coagulated quickly. But that leads to heart attacks and strokes. In contrast, sub-Saharan Africans probably relied less on hunting giant animals (which is why there is more megafauna left on, say, the Serengeti Plain in East Africa than most places outside sub-Saharan Africa). Why? Because humans and giant prey co-evolved in Africa, so the big beasts knew that the weird two-legged creatures were tricky and dangerous.

In contrast, anatomically modern human newcomers to the rest of the world appear to have made quick work of megafauna, especially in the New World. In turn, this suggests that modern humans, who mostly (but not completely) came Out of Africa, had some crucial advantages over Neanderthals and other pre-modern people, which is why their genes dominate in modern Out of Africa populations.

Neither of these connections were particularly surprising: “Neanderthals had been living in central Asia and Europe for several hundreds of thousands of years before modern humans, so they were better adapted to the local climate, pathogens, and diets,” Capra says. “Perhaps interbreeding gave them a heads-up on adaptations to these challenges.” …

More surprisingly, though, Capra’s team also found that Neanderthal DNA affects the risk of psychiatric disorders, including mood disorders and depression (which are new and unexpected). And 29 specific Neanderthal variants seem to influence when and where genes are turned on in different parts of the brain.

Sun exposure influences depression risk, so the link between Neanderthal variants and mood disorders may again reflect their role in adapting modern humans to new climates. But that’s just a guess: “It seems Neanderthal DNA has an effect on systems that regulate our moods or behaviors,” says Capra, “but for now, I don’t feel comfortable saying more than that.”

Some headlines will inevitably claim that we can blame Neanderthals for depression, but that’s nonsense. For a start, the effect is subtle, explaining just 1 percent of a person’s depression risk. …

“The Neanderthal genes are not disease agents,” says John Hawks from the University of Wisconsin-Madison, who was not involved in the study. But they’re “there in the brain, doing things, and having some detectable effects on behavioral outcomes. That’s amazing.” He and Capra both note that working out the role of these genes might help us to understand the underlying biology behind depression and other disorders.

They might also provide insights into parts of our lives, beyond just our health. “A lot of people will misunderstand this as saying that the Neanderthal genes typically have bad medical outcomes,” says Hawks. But that’s largely because of the study’s source material: “When you’re looking at medical records, you’re only looking at the problem phenotypes. You’re not seeing anything beneficial.”

Interestingly, Charles Darwin noted how the one group who turned out to have no Neanderthal genes tended to be “light-hearted.” From Darwin’s The Descent of Man:

There is however no doubt that the various races when carefully compared and measured differ much from each other as in the texture of the hair, the relative proportions of all parts of the body, the capacity of the lungs the form, and capacity of the skull, and even in the convolutions of the brain. But it would be an endless task to specify the numerous points of difference The races differ also in constitution in acclimatisation and in liability to certain diseases Their mental characteristics are likewise very distinct chiefly as it would appear in their emotional but partly in their intellectual faculties Every one who has had the opportunity of comparison must have been struck with the contrast between the taciturn, even morose, aborigines of S. America and the light-hearted talkative negroes.