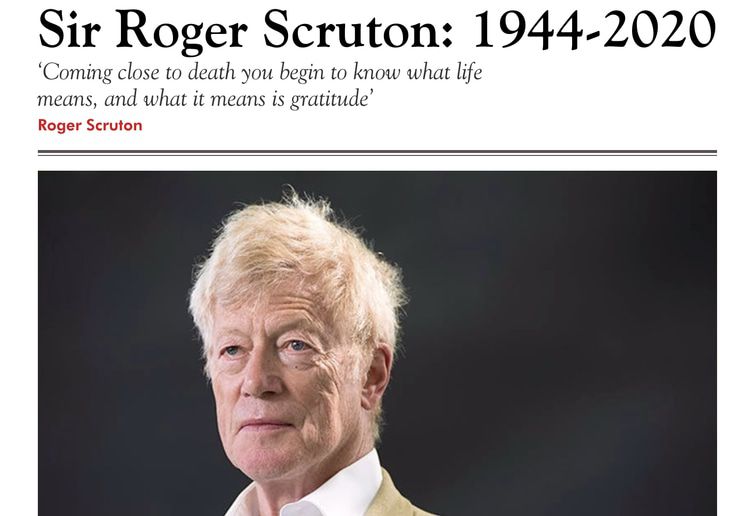 Earlier by John Derbyshire: Roger Scruton On The Rotherham Rapes

I can't claim to have had much personal acquaintance with Sir Roger. I sat at dinner with him a few times, always with many others present, and was pricked by the point of his rapier at least once. I've read several of his books and reviewed two of them (here and here).

Much of what Sir Roger wrote—especially on philosophy and aesthetics—was over my head: The guy was a real heavyweight intellectual. When I could understand what he was saying, I generally agreed with him; and even when I disagreed, I admired his style.

As a fellow scribbler I even more admired—was in awe of—his energy: fifty-plus nonfiction books, eight of fiction, and two operas, as well as a mass of fugitive journalism. How on earth did he find the time?