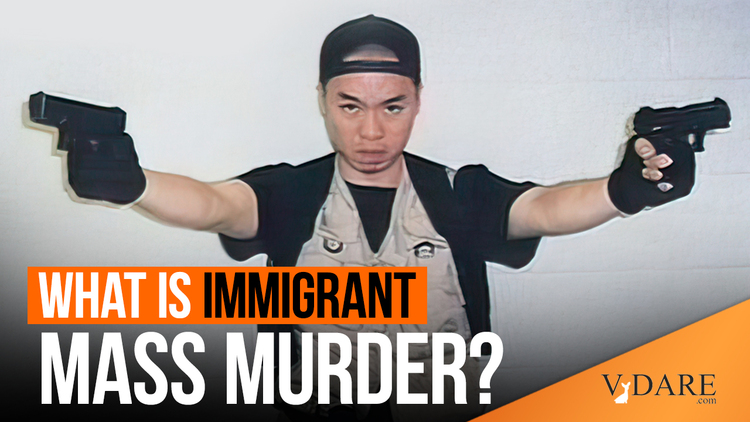 Shooter An American Citizen? Thanks, MSM!

One of the first thing I noticed about the story about a man who'd fired on two police officers at the Pentagon was that the story specified that he was an American citizen. That kind of information is very useful to the public, but it's one of the things that the Mainstream Media doesn't want to tell us on principle.

But I think the ”Society for the Protection of Enemy Aliens” that goes into action after an actual foreign terrorist attack wanted us to know that this time it wasn't a foreigner. In effect, that's an admission that it usually is, as in the case of Mir Amal Kansi, the Hesham Mohamed Ali Hadayet case, the Sulejman Talovic, the Ali Abu Kamal case, et very extensive cetera.

The other reason is that regular Americans don't have organizations devoted to protecting their image the way foreigners do. After the Virginia Tech shooting, the Asian American Journalists Association [Send them mail]

"issued a statement calling on the media to avoid references to the race of Cho Seung-Hui, the student who killed 33 people at the Virginia Tech campus [on April 16, 2007].

”There is no evidence at this early point that the race or ethnicity of the suspected gunman has anything to do with the incident, and to include such mention serves only to unfairly portray an entire people,” the journalists’ group said in a statement. ”The effect of mentioning race can be powerfully harmful. It can subject people to unfair treatment based simply on skin color and heritage.”

But there's no one to do that for Americans.