Shikha Dalmia Reports That Immigrants Are Making More Money Than Americans Are—Why Is That Good?

Indian immigrant  Shikha Dalmia (email her)  who is doing a job that could be done by a native-born American libertarian immigration junkie,  seems to think that her native New Delhi was included in Donald Trump’s alleged comment.

Here's a nifty table put together by American Enterprise Institute's Mark Perry, a University of Michigan economics professor who runs the super smart blog Carpe Diem. It makes an illuminating companion to my post on Indian sh*tholers.

Let that sink in before you talk smack again, Mr. President!

Sh*tholers of the World Are Making America Great

It was true when the Pilgrims came, it's true now, and it'll be true forever.

It’s true that India leads the world in public defecation, but the that’s not what Trump was (allegedly, according to Dick Durbin) referring to—he was talking about Haiti and Africa, which produce immigrants who commit crime and go on welfare.

Here’ Dalmia’s chart—note the absence of any black countries at all: 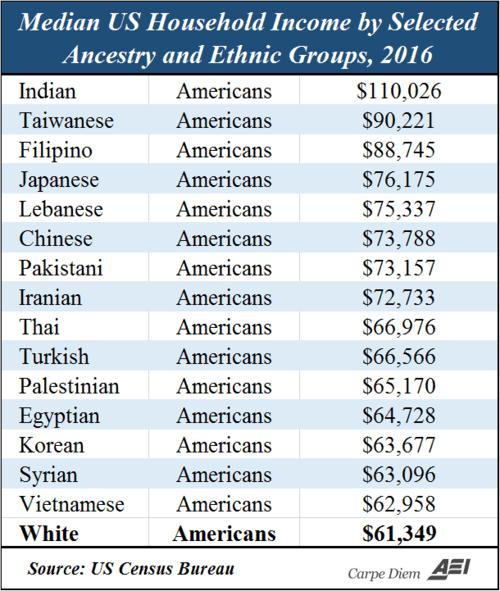 Unlike Haiti, the refugee sending regions of Africa, and, of course, Mexico, these countries are sending their best—college graduates who take jobs from college-educated Americans. India is full of people who would live in poverty in the US, but they don't get visas. The way I see it, people like this just displace a better class of American.