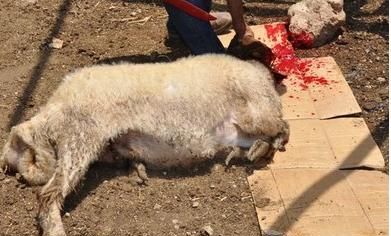 Police in Canada found a slaughtered sheep in a public park.  They’re now trying to figure out if this is illegal.

If the sheep was slaughtered in a Santeria/voodoo/obeah style ritual does that make it worse or better?

(Toronto has Caribbean immigration, and a lively multicultural festival every year. See toll of dead and wounded–people, not sheep–here.)

Alternatively, it could be related to Muslim immigration. Muslims are organized and powerful in the Toronto area–more organized than the Caribbean immigrants.

TORONTO - Toronto Police are seeking advice from a Crown attorney to determine if any charges apply to two men who allegedly sacrificed a sheep in a North York park for good luck. 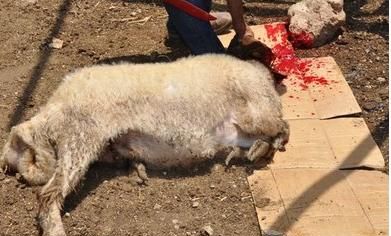 Friday after tracing a car they believed was involved in a kidnapping, sources said.

Police were called by a woman claiming she saw someone trying to escape from the trunk of a car. She managed to get the licence plate and officers later found the vehicle in the Islington and Finch Aves. area park.

Moments after finding the car, two men came running towards the car and they were taken into custody, sources said.

But they told officers that they had sacrificed a sheep, which they bought for about $150 from a farm near Hwy. 27 in York Region, and slaughtered it for good luck.

Stunned officers found the sheep, the bloodied rock where the slaughter occurred and a ceramic bowl used in some sort of religious rite to ensure good fortune, along with two bloodied knives and a meat cleaver.

Police aren’t sure the Criminal Code covers the killing of livestock in the same manner as it would a pet and are seeking advice from a Crown [prosecutor], sources said.

It’s obvious that the most important and thing about this story is what ethnic or religious group the people who did it belonged to, so that’s the one thing they leave out.

One of the things that’s puzzling the police is that if you own a farm animal, you are allowed to kill it. That’s where lamb chops come from.

However, anti-cruelty-to -animals laws say you’re not supposed to do this in a painful manner, or for your own amusement. (If you’re wondering why they’d use a public park, it’s probably because they live in a high-rise apartment building.)

This is a problem that didn’t exist in Canada even 25 years ago.

In the United States, the Supreme Court held, in Church of Lukumi Babalu Aye v. City of Hialeah, that laws banning the slaughter of animals in weird rituals (“not for the primary purpose of food consumption”) were unconstitutional.

However, the same court found that it’s  unconstitutional to have anything religious in a public park, so who knows?