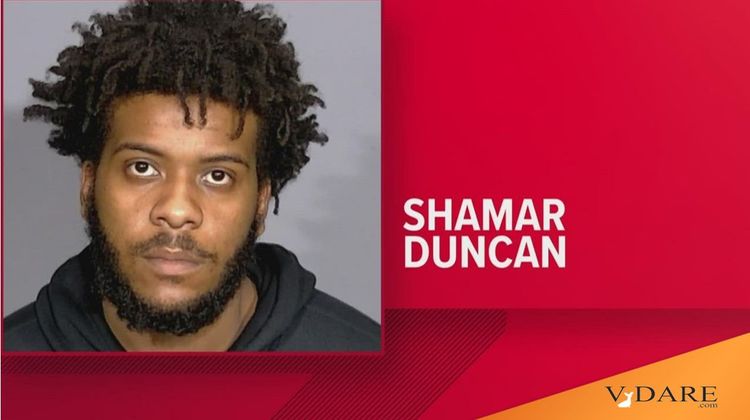 Shamar Duncan, Age 22, Charged With Murder Of Dutch Commando In City Of Indianapolis

In a previous blog entry I reported how three Dutch commandos who went to Indiana for urban warfare training were shot in downtown Indianapolis on a night off.   One of the commandos died [See Dutch Commandos Travel To Indiana To Train In Urban Warfare And Get Shot In The City Of Indianapolis].

In that blog entry, I asked the question ”Will they ever arrest anyone for it?”

Since that post, a suspect has been arrested and charged, 22-year old Shamar Duncan.  From Fox 59:

So what exactly occurred?

The shooting happened around 3:30 a.m. Saturday [August 27]. Simmie Poetsema, 26, was shot to death as he and two fellow soldiers returned to the Hampton Inn in the 100 block of South Meridian Street.  The soldiers were part of a Dutch military contingent that was training at the Muscatatuck Urban Training Center in Jennings County. The shooting stemmed from a sidewalk confrontation in which someone ended up on the ground.

The initial confrontation involved nine or ten people, according to eyewitnesses. Investigators conceded they didn’t know “exactly” what led to the dispute. They do know a group exchanged words with the soldiers, leading to a fight that ended with someone on the ground.

What followed led to a chaotic scene as Duncan, in a Ford F-150, opened fire at the soldiers. Poetsema later died from his wounds.

The other two soldiers suffered significant injuries. One surviving soldier has already returned home to the Netherlands while the other was due to depart Thursday [September 1].

So there were two encounters, the second of which involved the shooting.   From the Indy Star:

Shamar Duncan and his friends were ”looking for trouble” the night he is accused of fatally shooting a Dutch soldier and injuring two others in downtown Indianapolis, a witness told police.   The witness watched as Duncan’s group crossed Meridian Street near the IndyStar building and shoved a man in one group, which walked away. Duncan’s group then got into a second altercation that would turn deadly, the witness told police in the probable cause affidavit for Duncan’s arrest.

After the original altercation, the second encounter proved deadly.

The witness heard gunshots then saw the pickup speed north on Meridian Street, he told police.

The Dutch minister of defense expressed concern over U.S. gun violence.  From the Associated Press:

“We do many trainings of our servicemen in the United States, and we really don’t expect this to happen. So it’s very, very concerning for us,” Ollongren told The Associated Press Tuesday at a meeting of European Union defense ministers in Prague.
[Indiana man charged with murder in Dutch soldiers’ shooting, by Arleigh Rodgers, Associated Press, September 1, 2022]

The Dutch commando who died was Simmie Poetsema, age 26, who had served in Afghanistan during the great evacuation that ended the Western military presence there after two decades. From the Indy Star:

At Poetsema’s home base in Roosendaal, Netherlands, commandos hosted a moment of silence and an quiet area was established for people to reflect on the loss, according to a news release from the country’s department of defense. Poetsema was known by his peers as someone who wanted to help others.

”He did his unit great service when he was sent to Kabul, Afghan, for the evacuation order last year,” the news release translated from Dutch reads. ”While the chaos around the airport was mounting, it was Simmie, among others, who inventively created a new access road to the airport.”

The new access road allowed the commandos to evacuate hundreds of Dutch citizens and Afghans.

So Poetsema survived the chaotic Afghanistan evacuation, but he gets killed when he visits Indiana to train in urban warfare.  But the real urban warfare that killed him wasn’t at the urban training site, but in the city of Indianapolis.

Our cities have become the real urban warfare zones.