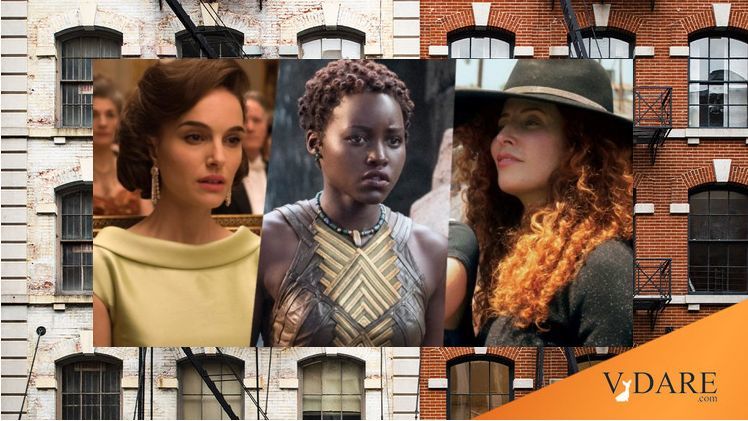 In 65% Black Baltimore, TV Production Of "Lady In The Lake" Halted Because Black Drug Dealers Threaten To Shoot Crew If They Don't Pay Up $50,000...

Has this ever, ever happened in a majority white city across the United States of America, where a TV series is forced to stop production because white people threaten to shoot someone? (Alec Baldwin doesn’t count, because he did shoot someone.)

Welcome to life in a 65 percent black city.

BALTIMORE — The production of the TV series “Lady in the Lake” was halted on Friday after drug dealers threatened to shoot someone at the downtown Baltimore film set and tried to extort its producers for money, the Baltimore Banner reported on Saturday.

Production ceased after “locals threatened the producers of the movie that if they didn’t cease production, they would come back later . . . and shoot someone,” a Baltimore Police Department spokesperson confirmed to WJZ.

“The locals then told the producers that if they paid them, they would allow the production to continue,” a department spokesperson said.

The spokesperson said they did not know “the dollar amount” proposed by “the locals.”

The Baltimore Banner reported that drug dealers attempted to extort $50,000 from the crew and that the producers declined to pay.

“The leaders of the production decided to err on the side of caution and reschedule the shoot after they found another location,” the department spokesperson said.

“Lady in the Lake” is a television series that is slated to air on Apple TV+. It is based on the book written by best-selling author Laura Lippman, a former Baltimore Sun reporter.

The series stars Academy Award winner Natalie Portman. A film crew has been operating in the 200 block of Park Avenue, according to authorities.

The producers of “Lady in the Lake” will be filming “throughout the Baltimore region until October,” according to a Maryland Economic Development Association press statement.

“‘Lady in the Lake’ takes place in 1960s Baltimore, where an unsolved murder pushes a housewife and mother to reinvent herself as an investigative journalist and sets her on a collision course with a hard-working woman juggling motherhood, many jobs, and a passionate commitment to advancing Baltimore’s Black progressive agenda,” according to the statement.

”Our Entire Country Will Be Memphis,” said Tucker Carlson, in the aftermath of a white jogger being murdered by a black male (strangely deprived of a day named in her honor and remembrance, as the black “jogger” in Georgia earned in 2020…).

We all know what’s happening to our nation, an incredible country our ancestors built and gave their lives to better for their posterity.

Ultimately, we owe those who have turned the nation into nothing more than a Memphis, Baltimore, Newark, or Detroit—all once proud municipalities now synonymous with post–First World civilizations—are total scorn and unmitigated anger.