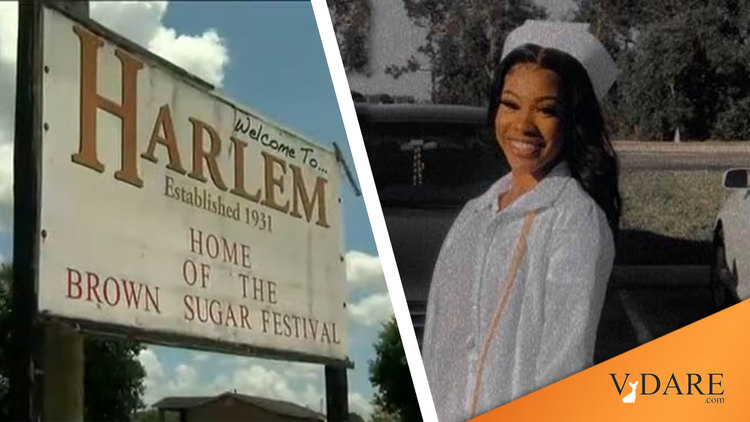 Is there any need for commentary? No.

A woman was fatally shot and at least three others were injured at the Brown Sugar Festival in Clewiston Saturday night, according to the Hendry County Sheriff’s Office.

Around 9:30pm, 911 began receiving multiple calls reporting a shooting in the Harlem Community of the city.

Hendry County Investigators say that Deputies were in the area of Harlem Academy and 12th Street when they heard gunshots. The deputies immediately responded and found the victim, later identified as 20-year old Evereonna Sankey, a licensed certified nursing assistant from Lee County.

Deputies began providing CPR but Sankey died as a result of her injuries. The conditions of the others injured is not known and there have been no arrests made.

The shooting occurred at the Brown Sugar Festival, an annual event held during the first week of May. The focus of the festival is Black Heritage and the event raises money for scholarships.

“Our Investigators are following up on all leads and we are determined to bring about closure for this family,” said Hendry County Sheriff Steve Whidden. “Our thoughts and prayers are with the family and friends of Evereonna Sankey”, said Sheriff Whidden.

Has there ever been a "white heritage" event where shots suddenly rang out and a person was dead and multiple individuals were struck with bullets?

But a Black Heritage Festival in Florida ends with four shot and one dead, a fitting reminder of just who/whom is responsible for a disproportionate amount of gun crime in America (hint: blacks).