On Wednesday, America’s Senator spoke against the President’s announced plan to give work permits and guarantees of no deportation for invasive foreign lawbreakers, remarking “So the President is saying that ‘I have legislation and the House won’t pass it, therefore I’m going to do it myself.’ It’s one of the most pathetic excuses for abuse of power by a court or a president that you can imagine.”

A few days ago, Senator Sessions called on citizens to demand sovereignty enforcement from the Congress, a request which many have followed.

But keep those calls and faxes coming — this is crunch time. 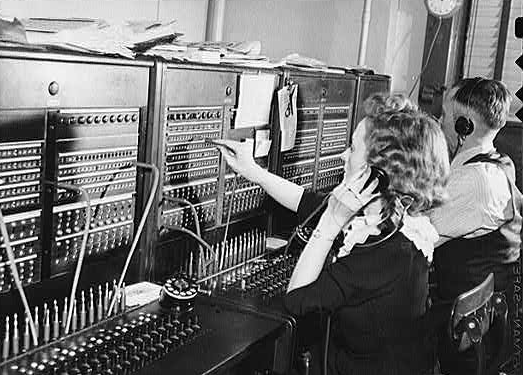 Work permits are AMNESTY, because stealing American jobs is why illegal aliens came in the first place.

WASHINGTON—For months, President Barack Obama said there were limits to his power to protect people living illegally in the U.S. from deportation. Now, he is considering broad action to scale back deportations that could include work permits for millions of people, according to lawmakers and immigration advocates who have consulted with the White House.

The shift in White House thinking came after House Republicans said they wouldn’t take up immigration legislation, which Mr. Obama and advocates for immigrants had hoped would create a path to citizenship for many in the U.S. illegally.

Mr. Obama already has offered work permits and safe harbor from deportation to so-called Dreamers—about 500,000 people brought to the U.S. illegally as children. The new action could expand those protections to their parents or to other sets of illegal immigrants.

Such a move would please many Hispanic Americans and immigrant-rights advocates, who have pressed Mr. Obama to use executive authority to protect illegal immigrants with roots in the U.S. But it certainly would anger Republicans, who say Mr. Obama already has overstepped his authority by expanding protections from deportation.

“Such unlawful and unconstitutional action, if taken, cannot stand,” Sen. Jeff Sessions (R., Ala.) said on the Senate floor this week. 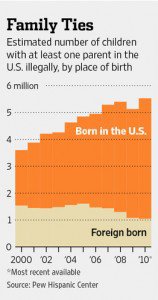 An announcement is expected soon after Labor Day, an administration official said. The White House said Tuesday that no decisions on new deportation policy had been made.

The matter is being debated as the administration also responds to a surge in Central American children crossing the U.S. border. In that case, Mr. Obama has taken a tough stance, saying that everyone who doesn’t meet narrow legal criteria to stay will be deported.

The border crisis doesn’t appear to be dissuading Mr. Obama from considering policy changes to offer a measure of safe harbor for at least some of the 11 million people already settled illegally in the U.S. After legislation died in Congress that would grant many of them a route to citizenship, he said he would “fix as much of our immigration system as I can on my own, without Congress.”

One option under consideration would expand the program that offers work permits and protection from deportation to many young people who were brought to the U.S. illegally as children, known as Deferred Action for Childhood Arrivals.

In a series of meetings with immigration advocates, faith leaders and experts, senior White House officials have asked how the administration might structure an expansion of that program, such as who might be included, participants said. The meetings have been run by White House Counsel Neil Eggleston and Cecilia Munoz, who heads the White House Domestic Policy Council.

One possibility under discussion is to protect people with children who are U.S. citizens, participants said. That group numbers about 4.4 million, according to the research group National Foundation for American Policy.

Another option is to include parents of existing participants in the deferred-action program, a group estimated to range from 550,000 to 1.1 million. Other options include defining the group based on length of U.S. residence or employment status.

Participants said administration officials have also asked about an alternative approach to protecting people called “parole in place,” which has a different legal foundation but also could allow the government to issue work permits to illegal immigrants.

“It was clear the administration is really, finally looking at providing a temporary solution to the 11 million that are here,” said one participant, Marielena Hincapie, executive director of the National Immigration Law Center. Laura Murphy, who heads the ACLU’s Washington legislative office, said she came out of her meeting sure that the administration is considering significant action to help undocumented residents.

The White House is currently debating the limits of its legal authority, knowing its actions could be challenged in court by opponents.

In the spring, Mr. Obama announced an administrative review of deportation policy, and for months, administration officials signaled the results would be modest, partly to keep the pressure on Congress to enact a permanent fix.

The ideas discussed then are still under consideration, officials said. Those included making it clear that people with immigration violations but not criminal records aren’t priorities for deportation, and changes to the controversial Secure Communities program, which uses local law-enforcement agencies to identify and hold people in the U.S. illegally.

In the past, Mr. Obama suggested he didn’t have the power to do more. At an event last fall, a heckler yelled that he had the power to stop deportations. He replied, “Actually, I don’t. If, in fact, I could solve all these problems without passing laws in Congress, then I would do so. But we’re also a nation of laws.”

The change in heart also comes after significant pressure from immigration activists, who have branded Mr. Obama the “deporter in chief” for record deportations under his administration. That continues on Thursday, when faith leaders will protest outside the White House, and then on Saturday, with a march from the National Mall to the White House sponsored by the #Not1More campaign.

Marisa Franco, who is helping to organize the march for the National Day Laborer Organizing Network, said her group was pushing for safe harbor for an even larger group—some 8 million people who would be eligible for legal status under legislation passed by the Senate. “The only question left is the scope of the change the president will make and whether it will be the fullest of what people deserve,” she said.

Activists pressured Mr. Obama in 2012 to offer safe harbor to young people brought to the U.S. illegally as children. The White House at first said it had no power to do so, and then changed its mind.

One person familiar with the internal discussions said shifts like this come about because policy makers are initially told by White House lawyers that a particular executive action is “challenging and hard.” That was the case with the deferred-action program for some children. When policy aides later pushed and ask for a full vetting by the lawyers, the lawyers then concluded the action was “aggressive” but permissible under the law, this person said.