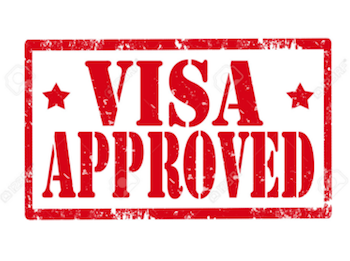 On Thursday, Senator Jeff Sessions’ Immigration Subcommittee held a hearing titled, The Impact of High-Skilled Immigration on U.S. Workers. The hearing was not that different from a similar one last March, and it indicates the desire of the chairman to enact some meaningful reforms. However, killing the H-1b scam outright seems the appropriate action when only one-third of native-born Americans with an undergraduate STEM degree holding a job actually work in a STEM occupation.

The persons testifying included Leo Perrero, who spoke out last fall about his layoff from Disney after the company replaced its American tech staff with cheaper H-1b foreigners. He decided to leave his career in tech after 20 years experience because he apparently could see no future in it despite earlier success and receiving the “very highest employment performance review” at Disney. His emotional description of the disappointment he felt from being cut was a memorable part of the hearing:

PERRERO: Later that same day [after being laid off] I clearly remember going to the local church pumpkin sale and having to tell the kids I couldn’t buy any that year because my job was being turned over to a foreign worker.

I started to think: what kind of American was I becoming? Was I going to become part of ruining our country by taking severance pay in exchange for training my foreign replacement? How many other American families would be affected by the same foreign worker that I trained? . . .

We all felt extremely humiliated when the foreign worker sat next to us and watched everything we did. The final period of 90 days was the most disgraceful and demoralizing, as we had to watch the foreign workers completely take over our jobs. And we came to grips that the upcoming Disney jobs promise didn’t exist. Then finally on January 31st of 2015, we were ordered to turn in our company badges, laptops and then ushered out the door.

For the record, Americans being forced to train foreign replacements is hardly new. In 1995 Labor Secretary Robert Reich warned Congress about the H-1B program because there were already reports of abuse then.

Here’s a clip of Senator Sessions questioning the panel about alleged “opportunities” offered to citizens following their being laid off. He observed that the tech jobs promised following the outsourcing of heavy industry have not materialized, noting that Facebook employs only 7,000.

The text of the Chairman’s opening statement follows:

WASHINGTON—U.S. Sen. Jeff Sessions (R-AL), Chairman of the Subcommittee on Immigration and The National Interest, today issued the following statement on the impacts of high-skilled immigration on American workers:

“Thank you to everyone for being here today, and thank you Senator Durbin for serving as ranking member. This hearing will focus on the impact of high-skilled immigration on U.S. workers.

Last month, Barron’s reported that financial analysts expect information technology companies will cut at least 330,000 jobs this year – news that has become all too familiar in recent years.

Yet the CEOs and those aligned with the business lobby continue to perpetuate the myth that there is a shortage of talented U.S. workers to fill positions in technology and other high-skilled employment sectors.

Indeed, a letter sent to President Obama and congressional leaders in 2013 by a number of tech companies made the assertion that ‘one of the biggest economic challenges facing our nation is the need for more qualified, highly-skilled professionals, domestic and foreign, who can create jobs and immediately contribute to and improve our economy.’ But many of those same companies had just recently cut thousands of American jobs, and they have continued to cut thousands of jobs since then.

Nevertheless, the claims of a shortage of workers continue. As a lobbyist for Qualcomm claimed just last year, “although our industry and other high-tech industries have grown exponentially, our immigration system has failed to keep pace.” Just a few weeks later, Qualcomm announced that it would cut its workforce by 15 percent – roughly 5,000 jobs. And earlier this month, it was reported that Yahoo is cutting approximately 1,500 jobs.

These corporations have spent hundreds of millions – if not billions – of dollars lobbying for bills that would bring in a massive amount of foreign workers to the United States, like the Gang of Eight, which was soundly rejected by the House of Representatives and the American people. Yet the push for more so-called “high-skill” workers continues.

Today, we will hear the facts. The data shows that there is no shortage of highly qualified working American professionals, nor is there a shortage of American STEM college graduates every year.

The sad reality is that – not only is there not a shortage of exceptionally qualified U.S. workers – but across the country thousands of U.S. workers are being replaced by foreign labor. The picture next to me is from Northeast Utilities – a company based in Connecticut and now known as Eversource – that announced that it was going to lay off employees in its IT department, and hired outside companies that used H-1B employees to provide its IT services. These U.S. workers were forced to train their foreign replacements, and were silenced by Northeast Utilities. According to one of these workers who contacted my staff and requested to remain anonymous for fear of retaliation, ‘the only way that we could make a statement was by placing small American flags outside of our cubicles and aisles. Gradually, as we got replaced by the H-1Bs, the flags disappeared as we did.’

The fight for changes that serve the interests of the American people has begun here in the United States Senate. I am a cosponsor of S. 2266, the H-1B and L-1 Visa Reform Act of 2015, which has been introduced by Senators Grassley and Durbin – who have tirelessly fought for reform of these high-tech visa programs. In December, I joined Senator Cruz in introducing S. 2394, the American Jobs First Act of 2015 – a bill that would stop the abuses we are seeing in our immigration system and protect the interests of the U.S. worker. I have also joined with Senator Nelson in introducing S. 2365, the Protecting American Jobs Act. With that, we’ll turn to the ranking member for an opening statement.”