“Sarcasm is the lowest form of wit,” our schoolmasters used to tell us.  Well, no it isn’t, not when deployed by sarclord Greg Cochran.

See Greg toss and gore economist Deirdre McCloskey over at his West Hunter blog, on a topic not unrelated to some themes in last weekend’s Radio Derb. 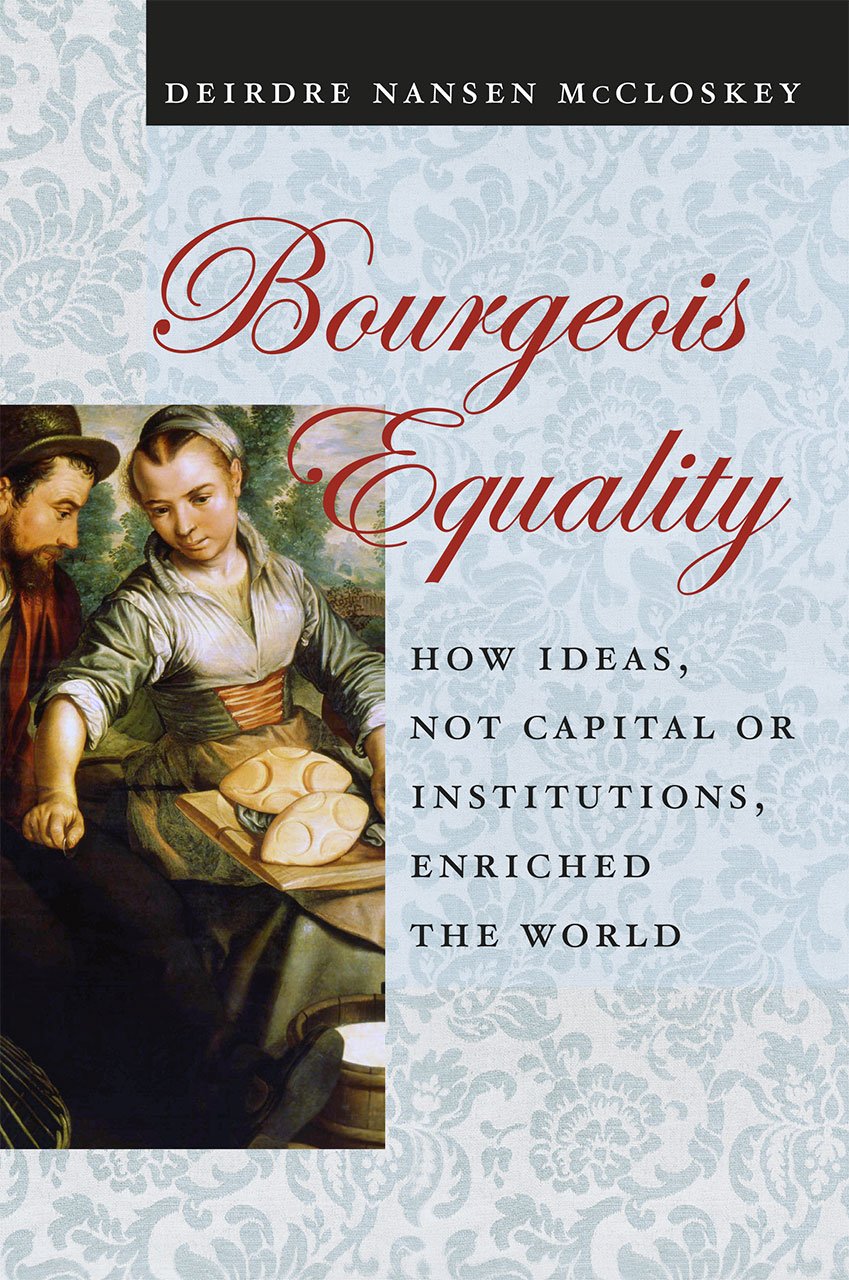 McCloskey has a new book out:  Bourgeois Equality: How Ideas, Not Capital or Institutions, Enriched the World, explaining how the human race—well, parts of it—got so rich and free.  She particularly wants you to know that it had nothing whatever to do with genes.  Absolutely nothing, I tell you!  McCloskey:

Know also a remarkable likelihood in our future. Begin with the sober scientific fact that sub-Saharan Africa has great genetic diversity, at any rate by the standard of the narrow genetic endowment of the ancestors of the rest of us, the small part of the race of Homo sapiens that left Mother Africa in dribs and drabs after about 70,000 BCE …  Any gene-influenced activity is therefore going to have more African extremes. The naturally tallest people and the naturally shortest people, for example, are in sub-Saharan Africa. The naturally quickest long-distance runners are in East Africa. The best basketball players descend from West Africans. In other words, below the Sahara the top end of the distribution of human abilities – physical and intellectual and artistic—is unusually thick …

The upshot? Genetic diversity in a rich Africa will yield a crop of geniuses unprecedented in world history. In a century or so the leading scientists and artists in the world will be black—at any rate if the diversity is as large in gene expression and social relevance as it is in, say, height or running ability.

That’s where Greg lowered his horns:

Naturally, economists know a lot about human biology and evolution, just as civil engineers have to know about the properties of timber, concrete and steel. They have a good grounding in psychometrics, behavioral genetics, and quantitative genetics—how else could they do their job?  Populations vary in traits that play key roles in economic activity and growth—in intelligence, asabiya, savings propensity, etc.—you have to be aware of that variation, else whole continents would be economic mysteries. In the same way they know that those observed differences are a product of selection—which means economic historians think seriously about psychometric changes over time and their consequences, such as the Industrial Revolution. That kind of analysis helps predict where modern economic institutions can be successfully introduced, and where they cannot.

Yet even Jove nods. Sometimes even tenured professors make serious errors on fairly elementary topics. Like anyone else who has made a mental typo, they welcome polite correction …

Read and savor the whole thing.

(My own stock response when someone brings up the greater genetic diversity in Africa than elsewhere is: “That must be why so many Africans look like Koreans!”)