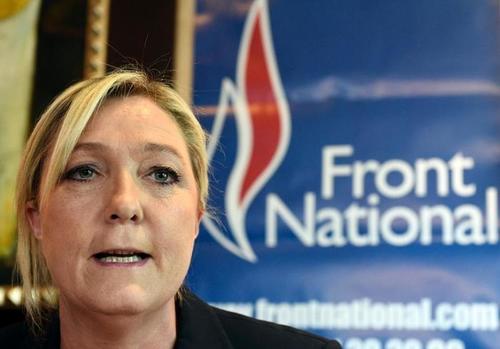 Scenes From The Anti-European Union: France's Marine Le Pen On Trial For Telling The Truth

The leading candidate in the race to be the next President of the French Republic has been put on trial. Why? For the crime of saying obviously true things.

Le Pen was campaigning to take over leadership of the FN from her father in December 2010 when she made the comparison, complaining that there were "10 to 15" places in France where Muslims worshiped in the streets outside mosques when they were full.

"I'm sorry, but for those who like talking a lot about World War II, if it comes to talking about the occupation, we can talk about it, because that (Muslims praying on the street) is the occupation of territory," she told a crowd in the southeastern city of Lyon. 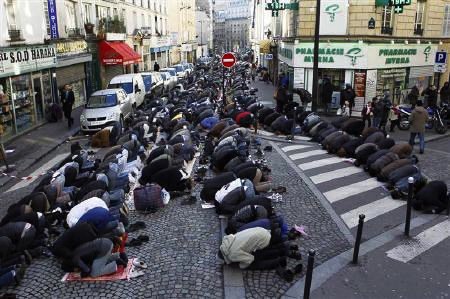 Leave aside the old trick of "Muslims" becoming a race when it can be used as an excuse to arrest patriots. If anything, the Nazi occupation may have been less destructive than what is happening now. France may have been occupied but it still remained France. If the current wave of mass migration continues, France will be deconstructed and unmade. As Peter Brimelow might put it, it would be Hitler's Revenge not just on America, but on France.

And for critics who say "but what about the Jews," well, the Islamic France the powers that be seem so determined to create isn't likely to be very hospitable towards Jews.

And just as the rulers of France are using remarkably blunt methods to crush dissent, so are the rulers of the European Union using similarly crude tools to beat down the "independent" nations of Europe.

With Europe’s refugee crisis escalating, European leaders on Tuesday approved a plan to spread asylum seekers across the continent over the objection of Central European nations.

The plan to distribute 120,000 migrants across Europe is a first step toward easing the plight of the men, women and children who have been shunted from one European nation to another in recent weeks, a grim procession of human need in one of the world’s richest regions.

But the decision to override the dissenters means the European Union will be sending thousands of people to nations that do not want them, raising questions about both the future of the ­28-nation bloc and the well-being of the asylum seekers consigned to those countries. Hungary, Romania, the Czech Republic and Slovakia voted against the measure, a rare note of discord for a body that usually operates by consensus on key matters of national sovereignty. Finland abstained.

As predicted, the supposed "refugee" crisis may well end the (anti)European Union. Even though the propaganda states the "refugees," (overwhelmingly male and many of whom are not Syrian) are good for the countries who take them in, none of the countries actually seem to want them once they have to deal with them.

The only way this works is if countries like Germany can bribe and/or intimidate Eastern European nations into accepting migrants to spread the burden. But there's no sign Eastern Europe wants this and more importantly, there's no sign migrants are going to stop arriving. There's no way such a system can function even over the next few months, let alone indefinitely.

It's becoming increasingly clear the European Union regards the migrants as a tool to both restrict the independence of its member states and also serve as a tool to suppress nationalist politicians like Marine Le Pen.  Rather than providing benefits to its member states, the EU is now simply a suicide pact.