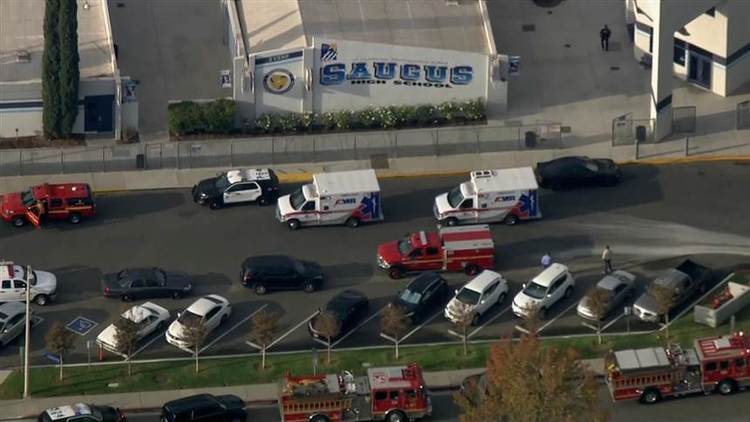 A gunman described as an Asian male shot up a Southern California high school:

Multiple people were injured, at least two of them critically, in a shooting at a Southern California high school on Thursday morning, officials said.

About an hour after the shooting at Saugus High School in Santa Clarita was reported at 8 a.m., authorities said they had located the suspected shooter and that the person is "no longer a threat."

The Los Angeles County sheriff's department earlier said the suspected gunman was an Asian male wearing black clothing who was last seen at the high school.
...

"This is an active shooter situation," said a tweet from the Santa Clarita Valley sheriff's office before the suspect was located. "If you live in neighborhoods anywhere near Saugus High, PLEASE LOCK DOORS and stay inside. If you see suspect, male dark clothing, in backyards, etc. CALL 911."

The demographics of Saugus High School look like this: 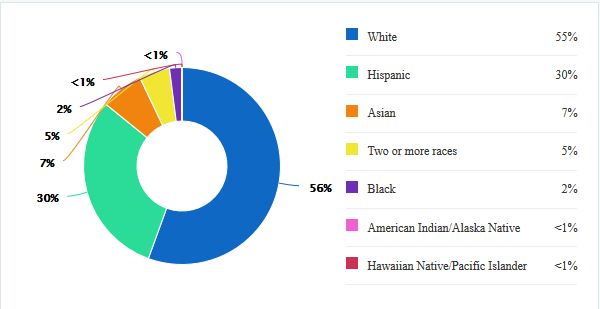 7 percent Asian is 164 Asian students out of 2,352. If this is true, will the MSM report the demographics of the victims, and if so, will it be reported as a racist crime, "implicitly" white supremacist, or as the result of bullying? Depends on the color of his victims, I'd say.