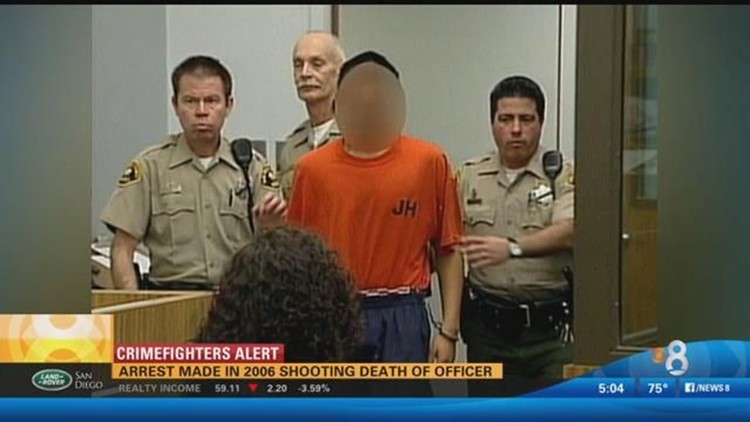 Samoan Sniper In The News—Or Not

Officer Dan Bessant of Oceanside, California was murdered on December 20, 2006—shot from 100 yards by a teenage gangster with a scoped rifle. It's alleged that Meki Gaono, 17, has confessed to doing it.

What kind of name is Gaono, you ask? Apparently, Samoan, since he and another teenager, Penifoti Taeotui, are referred to as members of "a Samoan gang," and there's a rule that you can't join a Samoan gang unless you're a Samoan. (I know the Civil Rights Act of 1964 says different, but these are criminals.)

VISTA – A 16-year-old member of a Samoan gang accused of participating in the fatal shooting of an Oceanside police officer pleaded not guilty yesterday to charges of murder and attempted murder.

Penifoti Taeotui was charged as an adult by the District Attorney's Office. He is accused of firing a handgun at Officer Dan Bessant, who was killed Dec. 20 while assisting another officer on a traffic stop at Arthur Avenue and Gold Drive. An officer and a civilian who were near Bessant were not injured. Fellow gang member Meki Gaono, 17, from Oceanside, also faces murder and attempted murder charges; he is accused of firing at the same group with a rifle equipped with a scope, prosecutor Thomas Manning said.

If convicted of all charges, the Oceanside teenagers face a maximum sentence of life in prison without the possibility of parole, Manning said. Both remained jailed in lieu of $5 million bail each.

Here's the media bias factor—according to Google News, of 88 stories mentioning Meki Gaono by name, 8 use the word Samoan.

(As of 6:10 EST today, and this story will make 89 and 9.) Memo to the media—ethnicity is not only important in crime stories, it's interesting.