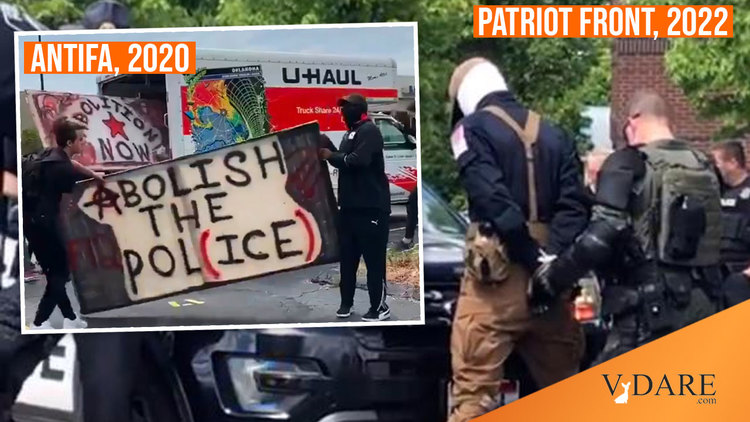 Earlier: Sam Dickson’s Statement To Charlottesville Inquiry: “The Police Were Acting Under Orders. WHO GAVE THOSE ORDERS?”

Take a look at this:

This organization is not even racially aware. It's a civic nationalist organization. It's ridiculous even for a hit organization with little credibility like the SPLC to call this a "hate group."

The group has staged counter protests all over America using the same means that these guys were using:

These boys haven't even been charged with a crime...until now by these photo-hungry authorities and cops in Idaho seeking System Media and FBI/ Deep State approval.

'Conspiracy to riot' charges just for assembling together near an LGBTQRSTUV+ parade? Sounds vaguely unconstitutional.

Imagine if they preemptively arrested #BurnLootMurder just for showing up? (And how much destruction that might've saved?)https://t.co/PQJ3PJVlHM

Note the false statement reiterated throughout the article that the accused wore shirts with "Conquerors on thieves." In fact, as the photos show if you look carefully (which most readers won't do) one of the guys wore a shirt with "Conquerors not thieves." Dropping the "t" on the end of "not" and reversing the letters "o" and "n" raises a vague suggestion that the motto meant violence toward the gay demonstrators. Not a very clear charge but the best the presstitutes could fashion. 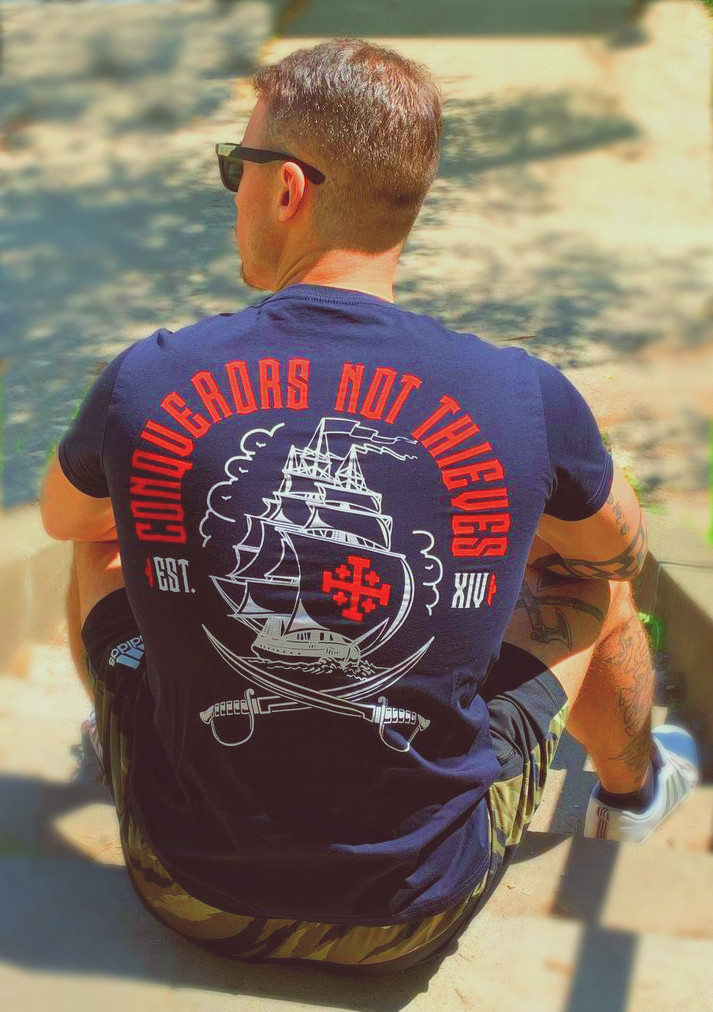 (The “Conquerors Not Thieves” t-shirt is commercially available and is intended as a protest against the American Indian  complaint of “stolen land.”)

Similarly, the "sticks" the presstitutes say the boys were carrying are actually flagpoles with which they usually fly the Yankee flag in their demonstrations.

Even in the unlikely event that these young folks are acquitted despite jury pressure, System Media jury tainting and judges who act as a part of the prosecutorial team, the arrests will bear fruit for our enemies, to wit:

Welcome to the nation "with liberty and justice for all."

The most supremely hypocritical nation on earth.