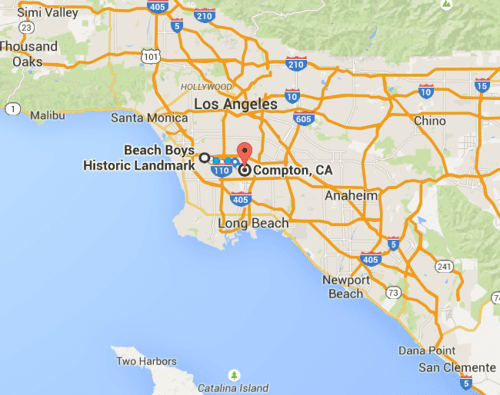 A Tale of Two Suburbs

Two of the better movies of 2015 are weirdly similar musical biopics about bands from Los Angeles’ south suburbs. Last June’s Love & Mercy profiled Brian Wilson of the Beach Boys, who came from Hawthorne, Calif., while gangsta rappers N.W.A, who helped spread the South Central L.A. crack-dealer lifestyle nationally in the late 1980s, are lauded in the overly long but still entertaining Straight Outta Compton. Paul Giamatti even plays virtually identical roles in each movie as the crooked Jewish manager.

While the exquisite Love & Mercy topped out at $12 million in box office, Straight Outta Compton is already up to $111 million and will surpass the Johnny Cash movie I Walk the Line to become the highest-grossing musical biopic ever.

The Academy had better hope that some other Oscar candidates emerge in the fall to divert attention away from what so far looks like a battle for Best Picture between the superb white rock movie and the not-bad black rap movie. …

Granted, comparing Straight Outta Compton to Love & Mercy on aesthetics is like contrasting “F*** tha Police” and “No Vaseline” to “God Only Knows” and “Wouldn’t It Be Nice.” …

The expertise of both the Beach Boys and N.W.A at mythologizing extended to their suburban hometowns, which lie southeast of Los Angeles International Airport. The Wilson brothers grew up five miles inland from LAX in Hawthorne, while Compton, birthplace of Dr. Dre and Eazy-E, is eight miles farther east.

In the Beach Boys’ songs, their nondescript hometown seemed a paradise, while N.W.A glamorized the physically similar Compton as the capital of mindless black-on-black violence.