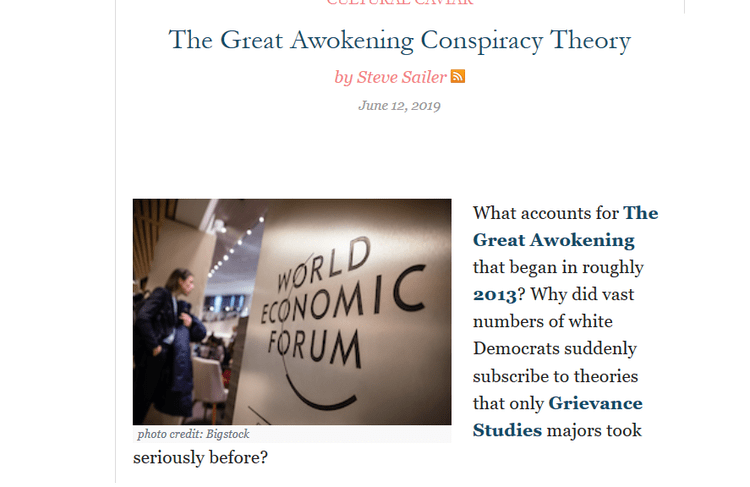 What accounts for The Great Awokening that began in roughly 2013? Why did vast numbers of white Democrats suddenly subscribe to theories that only Grievance Studies majors took seriously before?

Over the past few weeks, two academics working separately, Zach Goldberg and David Rozado, have documented how extremist The New York Times, once known as The Gray Lady for its decorum, became during Obama’s second term.