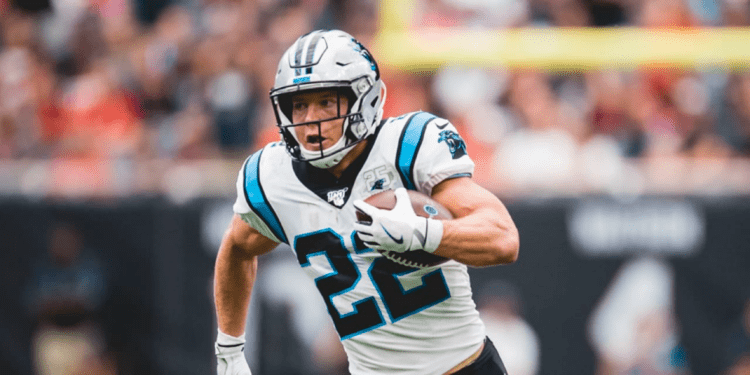 Sailer In TakiMag: Genetics, Fast Families, And The Appeal To Authority

Appeal to Authority
by Steve Sailer

The Carolina Panthers’ speedy running back Christian McCaffrey, who is second in the NFL with 105 yards rushing per game, is bidding to become the first white player to lead the NFL in rushing since Jim Taylor of the legendary 1962 Green Bay Packers 57 years ago.

McCaffrey’s 2019 performance shouldn’t be surprising. He was third in the NFL last year in combined yards from scrimmage with 1,098 rushing and 867 receiving, while at Stanford he was runner-up for the 2015 Heisman Trophy.

Despite McCaffrey’s fame, this year’s Madden videogame depicted him as black. After all, game-breaking NFL backs (McCaffrey has scored ten touchdowns in his first seven games) are virtually never white.

His witty mom, Lisa, tweeted in response to her son:

Sorry you had to find out this way. @87ed may not be your real dad.

Christian’s speed wasn’t inherited just through his father’s bloodline. His mother was a star soccer player at Stanford.

And her father, the late ophthalmological surgeon Dr. Dave Sime, was the last white American to medal in the Olympic 100-meter dash, the race to determine the world’s fastest man. …

So Christian’s speed shouldn’t come as a surprise. As his mother joked to Sports Illustrated in 1998:

“That’s why Ed and I got together. So we could breed fast white guys.” …

But, in the Current Year, many people suffer the kind of brain shutdown that Orwell called “crimestop” when it is suggested that some of the same hereditary reasons the McCaffreys and Dibabas are fast might also help explain why, on average, blacks tend to run quicker than whites.