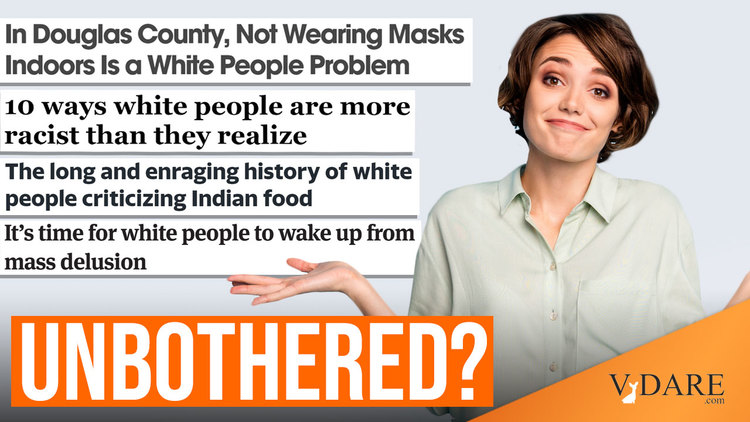 Sailer in Taki's: How Seriously Should Whites Take the Ever-Increasing Racial Hate Directed at Them in the Press?

How seriously should whites take the ever-increasing levels of racial hate expressed toward them in outlets such as the New York Times and Washington Post?

Perhaps the fad over the past eight years to express fear and loathing of “whiteness” (i.e., whites) will always be more bark than bite?

After all, most people find themselves angriest not at large-scale abstractions such as a race but with the individuals who get on their nerves.