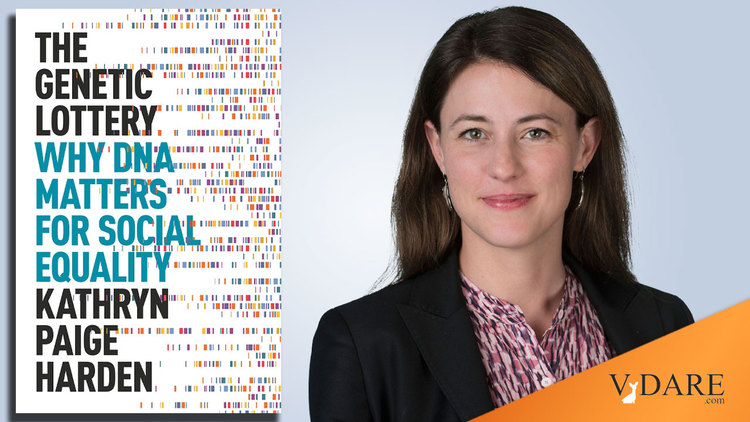 Sailer In Taki's: For Whom The Bell Curve Tolls

For Whom the Bell Curve Tolls
Steve Sailer

… And even when it comes merely to merely debating rather than discovering, the quality of the left’s paladins is in free fall.

In the 1970s, the science-denialist Establishment view was represented by actual scientists of achievement in their own specialties who were also cultured authors, such as Harvard biologists Stephen Jay Gould and the recently deceased Richard Lewontin.

A few on what remains of the pro-science center-left are becoming alarmed at the growing hatred of research among the woke. Thus, University of Texas psychologist Paige Harden is getting a big buildup for her upcoming book The Genetic Lottery: Why DNA Matters for Social Equality on how studying genetics can be good for equity.

The New Yorker this week has given Dr. Harden a nice puff piece:

Can Progressives Be Convinced That Genetics Matters?

The behavior geneticist Kathryn Paige Harden is waging a two-front campaign: on her left are those who assume that genes are irrelevant, on her right those who insist that they’re everything.

The book is an outgrowth of her 2017 Vox article with Eric Turkheimer and Robert Nisbett with the misleading headline “Charles Murray is once again peddling junk science about race and IQ” after a brouhaha erupted when Murray was allowed on a podcast.