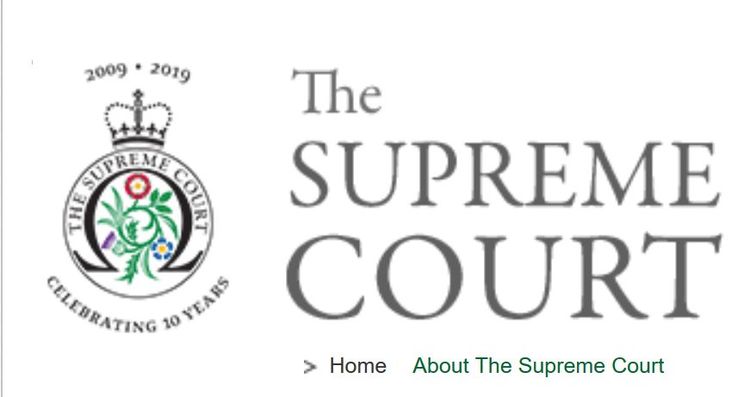 Sailer: I Didn't Know the UK Even Had a Supreme Court

LONDON — Britain’s highest court dealt a serious blow Tuesday to Prime Minister Boris Johnson, ruling that his controversial decision to suspend Parliament was unlawful, in a landmark judgment that could have implications for Johnson’s future and the country’s departure from the European Union. …

But in one of the highest-profile cases to come before Britain’s Supreme Court, 11 justices ruled unanimously that it was Johnson who was obstructing democracy. …

Legal scholars in Britain said the judgment was historic — on par with Marbury v. Madison, one of the U.S. Supreme Court’s most famous cases, which established the principle of judicial review.

The British Supreme Court rejected the government’s argument that suspending Parliament was a political and not a legal matter. The court was emphatic that the executive does not have unfettered power.

To tell you the truth, I had never heard before that the UK even had a Supreme Court. It appears that the UK Supreme Court dates from 2009. Whether the legislation intended for it to have such powers or whether it just today made up new powers for itself like the US Supreme Court did in Marbury v. Madison is 1803 is beyond my knowledge.

Basically, since 1688 or so, the UK has not had a system of checks & balances to slow the exercise of power. Instead, it’s been organized on the model of a pirate ship in which the captain (the monarch’s chief minister) has tremendous powers, so long as he maintains the confidence of the crew enough to not be overthrown.

One paradox of this system is that a prime minister can engage in vast constitutional innovations, such as setting up a Supreme Court or inventing a referendum under which Scotland could leave the UK, pretty much on his own whim.