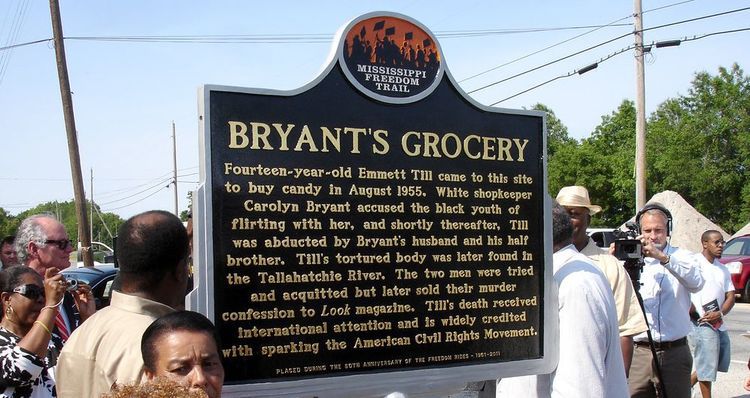 I must apologize, but there is always too much late-breaking Emmett Till news for me to stay totally on top of each new item. So I’m going to just have to summarize the New York Times’ recent coverage of this crucial case.

Emmett Till Cousin on Inquiry: ‘What Is the Holdup?’
The government is still investigating the brutal slaying of Emmett Till, a black teenager whose death helped spur the civil rights movement more than 60 years ago.

By The Associated Press 11h ago

… In 1955, a jury in Sumner, Mississippi, acquitted two white men, Roy Bryant and J.W. Milam, of murdering black teenager Emmett Till. (The two men later admitted to the crime in an interview with Look magazine.)

Israel, California, Federal Reserve: Your Wednesday Briefing
Here’s what you need to know.

… The Times won three awards at last weekend’s Online News Association’s conference, for an interactive examination of the legacy of the lynching of Emmett Till; a visual investigation of the conflict in Gaza; and “The Privacy Project” from our Opinion section.