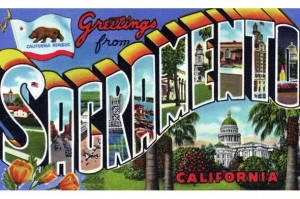 Complaints had been accumulating about unpleasant smells emitted from diverse drivers and poor language skills, including one or two gripes per month from people who ended up at the wrong destinations because of drivers who didn’t understand English adequately. In one case, a cabbie didn’t know how to take a city official five blocks from City Hall to the Capitol.

As a result, the city council instituted a standard of driver hygiene, ability to make change using American money, knowledgeable navigation of the city and ability to read, speak and understand the English language.

But now the cabbies have seen the English test and they complain that it is too HARD. Obviously they think that they deserve an automatic pass because they are immigrants and therefore special. The city started out with an intention to fix a system that clearly didn’t work well, but now a meeting is scheduled so cabbies can complain about the skill requirement.

These days, normal standards of performance are considered discrimination by the diverse, so we shall see whether Sacto cab drivers will be required to speak passable English with American passengers.

The street fight between the city of Sacramento and some taxi drivers has escalated again over the city requirement that cabbies prove they understand English at a basic level.

Saying they want to professionalize the sometimes unruly downtown taxi industry, Sacramento officials this week began requiring drivers to take written tests when seeking permit renewals. But some drivers are complaining that the test is tougher than they had been led to believe and that it is being used by the city to weed drivers out.

“The city said it is a very simple test,” said Kazman Zaidi of the Sacramento Taxi Cab Union. “But they lied to us. It is totally different. It is very hard.”

Zaidi said some drivers, immigrants without an American education, have difficulty in particular on a lengthy portion of the test conducted on computer.

“Poor people cannot read and write,” he said. “They can speak English and understand English. There is a lot of frustration.”

“The goal is not to weed anybody out,” she said. “It is to educate them.”

The exam has two parts, she said. The first part is a written test on paper with 15 questions about the city codes that govern the taxi business. In the first week, only 15 of the 28 who took the test passed it (getting three or fewer questions wrong). Gauthier said the city distributed city codes to cab companies and suggested that drivers who are up for renewal take a look at them before coming in to take the test. She said she did not know if that message is being passed on.

Gauthier said the the second part, done on computer, involves English proficiency, money transactions and other business practice topics, and takes up to 11/2 hours. Gauthier said 21 of the initial 28 cabbies passed that portion of the test.

She said the city got the computerized portion of the test from the Taxicab, Limousine & Paratransit Association, which describes it as a teaching tool that includes sections on English proficiency, currency counting, defensive driving, assisting customers with special needs, effective communications and professional service delivery.

“It tells them why they should take pride in being a driver,” Gauthier said.

An initial failure does not disqualify a driver, she said. “You come back and take the test again, up to three times. If you fail a third time, something is not right.”

The test is part of a major overhaul of the city taxi ordinance, passed unanimously by the City Council in May, requiring drivers to dress in “professionally appropriate clothing,” and to accept credit cards and drive vehicles that are less than 8 years old.

Zaidi said taxi drivers and union officials have scheduled a meeting Friday with city officials to discuss their concerns about the test.