As I mentioned yesterday, a shooting at a Little Rock night club during a rap performance left 25 people wounded but nobody dead, at least not yet (although two are in critical condition). From the Ben Kurtz Blog last summer:

Marksmanship is Nothing More Than White Privilege

Just go to a Florida nightclub to find out. 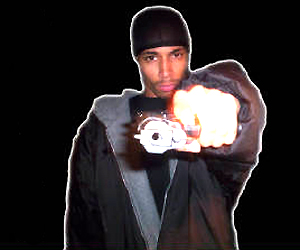 … So here’s a handy rule of thumb when you hear about the next mass shooting and find the press being coy about who did it and why: If the shooters exhibit bad aim (substantially worse than 1 killed for every 3 wounded) then they are Black gangsters settling a score. If they exhibit passable aim (around one fatality for each wounded survivor, or perhaps a little worse) then they are “Irish” “freedom fighters” who have likely pledged allegiance to the “Irish State.” Unless the victims are cops; then a perpetrator with passable aim will likely be a Black man with military training (see Dallas and Baton Rouge).

And finally, of course, when White and East Asian gunmen go on a shooting rampage the ratio is usually far more fatal than what we’ve discussed before: Dylann Roof had a rate of 9:1; Anders Behring Breivik just barely exceeded 2:1, though with an extraordinary volume of fire that outpaced even that of Mr. Mateen in Orlando; Patrick Sherrill — the guy who invented the concept of “going postal” back in the 1980s — had a rate of 3:1; and Seung-Hui Cho recently had a rate of 2:1 at Virginia Tech.

So to end where we began: Aim, apparently, is nothing more than a species of White Privilege. Whatever shall we do to close the gap?