Russian Oligarchs and the WNBA 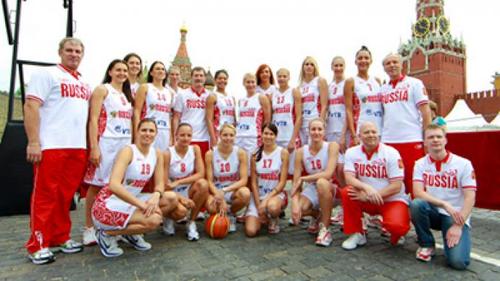 Women’s sports in 21st Century America are in good shape, but they are basically a white thing oriented around youth participation and getting college scholarships rather than spectatorship. They are seen as an excellent way to keep your daughter off the pole. This upper middle class orientation of American women’s sports doesn’t jibe well with basketball’s black image, so whiter women’s sports like tennis, soccer, and Winter Olympics appear to be doing better.

While the NBA’s appeal to American fans is tepid until after the Super Bowl is over, the NBA appeals greatly to American oligarchs, as last year’s $2 billion price tag to buy the Los Angeles Clippers from Donald Sterling demonstrated.

With some Russian clubs, the owners’ largess wasn’t dependent on attendance revenues and television ratings. When Taurasi and Bird were teammates for the Spartak Vidnoe Moscow team from 2006 to 2010, tickets were free and the team paid for broadcast privileges. That’s not all that the owner at the time, Shabtai von Kalmanovic, doled out to make himself a big-time operator and paternal women’s basketball figure.

Von Kalmanovic, a construction magnate and onetime spy for the K.G.B., lavished his favorite players with cash bonuses for victories and diamond-studded jewelry. He took them on shopping sprees to Paris and Venice and on quick escapes from frigid Moscow to more hospitable climates, including trips to Israel.

He called Bird “my Jewish daughter” and Taurasi “my Italian daughter” and gave them palatial housing with a pool, a chef and a piano. In 2008, Taurasi comically told Sports Illustrated that by comparison, “the W.N.B.A. is, like, communist.”

Of von Kalmanovic, Bird said: “He used to say: ‘Some people with a lot of money, they gamble, buy 15 cars. I love women’s basketball — why not spend it on something I feel passionate about?’”

You know what’s a good thing to buy when you have a lot of money but not everybody is passionate about the way you made it?

Von Kalmanovic was 59 when he was gunned down in Moscow inside his car in 2009, in what the police called a professional hit related to business activities.

One of those bullet-proof limos can be an excellent investment.

Bird mourned with Taurasi and attended the funeral in Israel. They eventually moved on to the team in Yekaterinburg, where another well-heeled ownership continued to pay and treat them like international luminaries.

I’d never heard of Shabtai von Kalmanovic before, but according to his Wikipedia article it turns out he’d led an extremely eventful — if abbreviated — life. Ever since the late Robert Maxwell welshed on a deal I was negotiating in 1989, I’ve been interested in his life full of interest. And Von Kalmanovic seems like a worthy successor to Maxwell. From the Jewish Daily Forward in 2009:

Like everything else about his colorful life — which ended abruptly and violently in a hail of bullets on a Moscow street in early November — Shabtai von Kalmanovic’s large collection of Judaica has been both shrouded in mystery and subject to exaggeration.

There is no quick and easy way to describe Kalmanovic’s bizarre existence. He was at times both an agent of the Soviet KGB and the Israeli Shin Bet; he made his money under shady circumstances in apartheid-era South Africa; he recently transformed himself into a promoter of women’s basketball, and he was even once rumored to be romantically involved with Liza Minnelli. His end, Moscow police are speculating, came as a result of a business deal gone bad. Speaking on Russian television, a representative of the police team investigating the murder — which took place while Kalmanovic was in his car and stopped at a traffic light — reported that 19 bullets were found littered around the scene. “There’s no doubt this was a contract-style crime,” the policeman said.