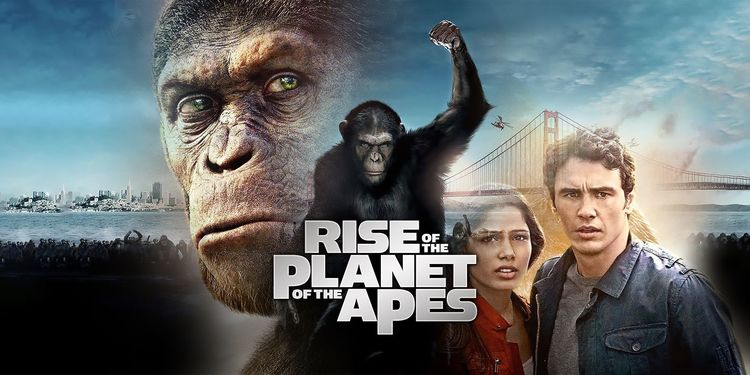 “Rise of the Planet of the Apes”

From my movie review in Taki’s Magazine (a publication that just keeps getting better and better):

Summer blockbuster movies often allow the popular imagination to engage metaphorically with topics that aren’t discussed honestly on the editorial page-topics such as IQ, race, and heredity. …

Rise of the Planet of the Apes comes from a less naïve age. The husband-wife team of Rick Jaffa and Amanda Silver have concocted a well-tooled origins story. … They dismissed Ronald Reagan’s assertion in Bedtime for Bonzo that “environment is all important” and “heredity counts for very little.” In contrast to liberal 20th-century beliefs, Rise of the Planet of the Apes assumes that apes are held back by genetically low IQs. (Sure, that’s part of why chimpanzee culture is so atrocious, but they’re also impulsive and selfish. They don’t see much reason to teach any discoveries they make to their fellow apes: Hey, we’re chimps, not chumps.)

James Franco plays a San Francisco geneticist searching for a cure for Alzheimer’s disease by testing an IQ-boosting drug on laboratory chimps. … Franco’s genetic engineering turns out to be the first effective No Chimp Left Behind program.

Read the whole thing there.
And here is Elvis Nixon’s post on “What Rise of the Planet of the Apes Is Really About.”