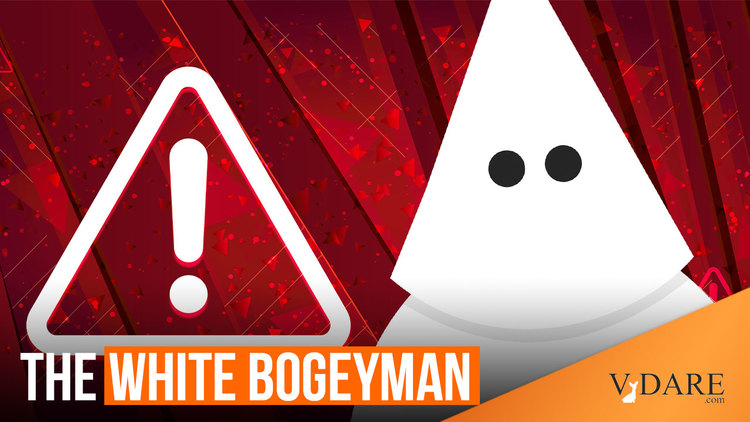 President Biden requested the intelligence community complete the assessment shortly after taking office, and his administration has made fighting domestic terrorism a priority.

WASHINGTON — A new intelligence report delivered to Congress on Wednesday by the Biden administration warned about the rising threat of militias and white supremacists, adding urgency to calls for more resources to fight the growing problem of homegrown extremism in the United States.

Great! They are finally going to do something about Antifa and BLM after 500+ riots.

In particular, the intelligence assessment highlighted the threat from militias, predicting that it would be elevated in the coming months because of “contentious sociopolitical factors,” likely a reference to the fallout from the Jan. 6 riot at the Capitol by a pro-Trump mob and the increasingly partisan political climate.

Hey, what happened to Antifa?

Racially motivated violent extremists, such as white supremacists, were most likely to conduct mass casualty attacks against civilians while militias typically targeted law enforcement and government personnel and facilities, the report said.

How many law enforcement officers have been injured battling rioters since George Floyd’s death? What percentage of those were hurt fighting rightists? A few percent on January 6th and 0.1% on other times?

Lone offenders or small cells of extremists were more likely than organizations to carry out attacks, it said.

In other words, there are virtually no actual right wing groups that carry out serious terrorist activity. There have been a tiny handful of shooters who have killed people, but they were all lone nuts. When was the last time a lethal rightwing terrorist had any help? Timothy McVeigh in 1995?

President Biden requested the comprehensive threat assessment shortly after he took office in the wake of the Jan. 6 assault on the Capitol, which laid bare the toxic domestic extremism that has shaken the country. Only the brief executive summary was declassified and made public while a classified version was sent to Congress and the White House.

Clearly, it would not do to expose this to comment.

The top-line assessment echoed earlier analyses by the F.B.I. and Department of Homeland Security warning of the looming dangers of domestic terrorism, including after followers of President Donald J. Trump embraced his baseless claims of election fraud. An internal F.B.I. report that appeared to have been compiled before Jan. 6 and was published days after the breach

Trust us, this wasn’t just hindsight.

predicted the violence to come, saying the events in 2020 were “likely to embolden U.S. domestic violent extremists in 2021.”

If you look on Twitter where there is constantly a new trending topic of “Coup of March XX,” leftists have accurately predicted seven of the last zero coup attempts.

The Biden administration has made fighting domestic terrorism a priority. Along with the threat assessment, the administration is also reviewing what law enforcement and intelligence agencies can do to combat domestic terrorism. The report came out the day after a deadly rampage at three spas in the Atlanta area, killing eight people, including six women of Asian descent. The shooter’s motivations were not immediately clear, but crimes against Asian-Americans and Pacific Islanders have been on the rise.

Mostly by white men in red baseball caps shouting “This is MAGA country!”

Seriously, how much coordination is there between Democratic Administrations and the media? And which way does the arrow of causality mostly point? For example, around 2013 both the Obama Administration and the news media launched a moral panic over Rape on Campus. Eventually, this led to the 2014 Rolling Stone Fraternity Initiation Gang Rape on Broken Glass hate hoax.

The question I have for historians and journalists is: how, exactly, do conspiracies like this work? Do Democratic White House officials go down a check list of their perceived potential enemies, such as frat boys, and call up the New York Times to tell them, “This is going to be a big push of O’s second term. You need to massively play up the Frat Boy Rapist storyline over the next two years.”

Or do New York Times editors reason, “Obama is re-elected so he can junk the moderation of the first term, so let’s push him into going to war with fraternities, whom we hate for their access to beautiful blonde coeds, by running lots of anti-fraternity stories?”

I could imagine it going either way. This seems to me like an interesting question, but nobody else seems to find it very interesting.