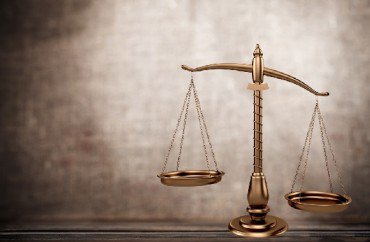 Republicans and Christians "Vastly Underrepresented" Among Law School Professors. Any Affirmative Action Programs Available For Them?

We're constantly lectured on the need for "diversity". Well, there's a real lack of diversity in the legal profession, and who's going to suggest some form of affirmative action to redress the situation?

From The College Fix:

Legal scholars educating the next generation of attorneys and judges are mostly Democrats, according to a wide swath of research, a troubling trend that some say hinders academic freedom, unduly influences judicial rulings and scholarly work, shortchanges students, and is antithetical to the notion of diversity.

Republicans – as well as right-leaning women and Christians of both genders – are vastly underrepresented among law school faculties, a trend that spans much of the last two decades, according to a recent study published by a Northwestern University law professor. [Measuring Diversity: Law Faculties in 1997 and 2013]

Law Professor James Lindgren found that in 1997, women and minorities were underrepresented among law professors compared to some populations, but Republicans and Christians were vastly underrepresented. Today, Republican women remain “almost missing from law teaching,” according to his survey, published in March. “In the 2010s, the dominant group in law teaching remains Democrats, both male and female. Democrats make up nearly 82 percent of law professors,” Lindgren stated.

“Affirmative action has succeeded so thoroughly that, compared to lawyers, the largest underrepresented groups in law schools today are white Christians, Christians, white Republicans, and Republicans,” he adds. “In terms of absolute numbers, the dominant group in law teaching today remains Democrats, both male and female … a disappointing result after four decades of hiring intended to make law professors more representative of American society.”

In another study, two University of Chicago law professors reviewing the link between law professors’ ideology and their published research found that, when developing their data set, a majority of scholars at elite law schools make donations to Democrat political candidates.

Wow, what a shocker!

Inspired by those findings, attorney John Browning, an adjunct professor to three Texas law schools, looked at a sample of Southern Methodist University’s 45 full-time law professors’ campaign contributions. He found 10 of the 12 scholars studied who made political donations did so to President Obama in both 2008 and 2012. Additionally, many of the 12 donated to the Democratic National Committee and supported Democrat congressional candidates, Browning told The College Fix in an interview.

It’s a troubling trend that influences legal scholarship and shortchanges students, he said.

“Faculties are not showing any indications of changing their hiring practices, and it is really the students that suffer from this,” he said, noting professors’ liberal ideology can profoundly influence some law classes, such as those on constitutional law or national security.

“A good law professor, regardless of his or her political leanings, will teach in a professional manner and not betray those leanings,” Browning said. “Yet, we can’t help but see the leanings in how they write and that enables them to advance in the system.”

In fact, after “Am Empirical Study of Political Bias in Legal Scholarship," was published by University of Chicago law professors Eric Posner and Adam Chilton in July, a conservative law professor contacted them to explain how leftist ideology hindered his work.

“When I was a junior professor, I spent a lot of time thinking about the best ideological mix to present in my articles,” stated the professor, who asked to remain anonymous. “Obviously, I wouldn’t write a paper taking a view I didn’t actually hold. But I was quicker to write up ideas of mine perceived as liberal than ideas of mine perceived as conservative. The political orthodoxy in my field is strongly liberal, and I figured my work would be taken more seriously by other scholars if I presented a mix of views.”

Browning corroborated the professor’s claims, and said, “if you’re a law professor looking to gain tenure and remain favored by your colleagues, you’re going to be discreet about disagreeing with their values.”

As for Posner and Chilton’s data set, among their initial sample of 140 professors who made political donations, only 8 had donated more money to Republicans than Democrats.

“This is perhaps unsurprising given prior research that has suggested that academics are skewed far to the left, that lawyers skew to the left as a profession, and even that legal academics skew to the left,” stated Posner and Chilton, citing several additional studies supporting their statement.

“Conservative scholars have also complained that law school faculties are left-wing,” they added. “A study … found that law professors at the top law schools who made political contributions overwhelmingly contributed to Democratic candidates for political office. One commentator laments that lack of ideological diversity among law professors leads to an ‘echo chamber’ that prevents ‘an accurate understanding of contemporary reality.’”

“If liberals predominate on the faculty, and scholarship reflects ideological biases, then legal research may advance a liberal world view rather than understanding of the law.”

For example, many law professors’ quotes to journalists propagate a leftist interpretation of the law, and what’s more, “law professors, unlike other types of academics, directly influence the law by writing articles that judges read and occasionally cite in judicial opinions,” they stated.

Conservatives have organized their own legal institutions, such as the Federalist Society, but hiring practices themselves have remained largely static, Browning said.

So what are conservatives doing to fight back?

Conservatives have challenged some law faculty hiring policies in court that they feel discriminated against their political ideology.

Teresa Wagner, a former legal writing instructor at University of Iowa Law School, sued the university after they passed her up to hire a candidate with lesser qualifications. Wagner, a member of the conservative Christian Family Research Council and pro-life National Right to Life Committee, contended that the decision was based upon her outspoken conservatism. One of the professors opposing her appointment, Randall Bezanson, helped draft the Roe v. Wade decision that legalized abortion in 1973.

Her first trial ended in a hung jury. A subsequent appellate jury did not rule in her favor. The University of Iowa’s law school had 50 faculty members at the time, 46 of whom are registered Democrats, according to The Washington Times.

You think any GOP candidate will bring up this subject?

“After four decades of hiring to make law professors more representative of American society, law faculties are probably less representative ideologically than they have been for at least several decades,” Lindgren concluded in his study. “Diversity hiring does not necessarily lead to a diversity of viewpoints—and regarding political views, usually leads in the opposite direction.”

Concludes Browning: “I find it ironic that the very group, academics and law professors, who have spoken so often in favor of diversity have found that they care more about diversifying skin colors and genders than diversifying their points of view.”