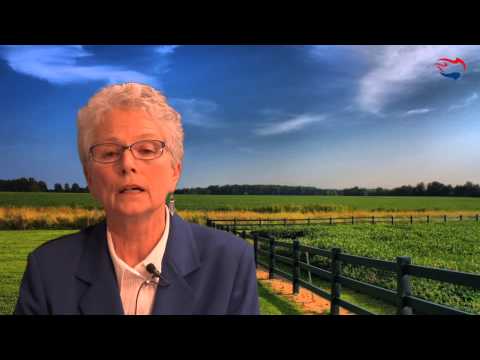 James Fulford has called attention to Refugee Resettlement Watch's round-up for the week ending July 11.  He repeated what RRW's proprietress Ann Corcoran had enthused, that there have been more than 700,000 views of her four-minute YouTube video.

The video is a brief primer about the workings of refugee programs and, more specifically, about the existential threat to the American future from the large Muslim component among today's refugee inflow.

Since the video's posting on April 20, 2015, it's attracted more than 1,100 comments.  I scrolled down through about the first 20 "seed" comments, many of which have attracted replies, and found negligible pushback against Ms. Corcoran's warning.  And a month-old comment from "Jim Delaney" is notable for its seconding of her warning.  In its entirety:

What this woman says is terribly true.

Until my retirement 13 years ago, I was in charge of resettling thousands of refugees in a northeastern state. And I was damned good at it.

When I began resettling refugees in the early 80's, the vast majority were non-Muslim, primarily Vietnamese. Program  money was scarce and we heavily relied upon church groups and humanitarian zeal to get the job done. It was personally rewarding work for us all.

Toward the end of my experience nearly 22 years later, the number of Muslim refugees began to skyrocket. They were a particularly difficult group with which to deal and acculturation was always a critical problem. It was often difficult to find willing resetlement partners in the community once the Muslim resettlement experience got out. At this point, I lost faith in the correctness, morality and goodness of the resettlement effort and resigned as soon as I could.

We must understand that gov't-funded church, et al. organizations throughout the US have a huge financial stake in the resettlement of refugees. It's come to the point where it matters not a whit whether or not the refugees have been properly vetted or are potential Islamists. What is of paramount/overriding importance now to resettlement agency staff is their ability to pay their mortgages and car loans. It's become a competitive business, plain and simple. Quite simply, the number of refugees resettled translates into program dollars and each agency vies for a bigger share of refugees numbers. No higher purpose than that, I'm afraid.

While I don't regret the work I did—and I DO mean hard work—as said, I wouldn't want anything to do with refugee resettlement now. It's become self-serving, subversive and destructive.

Just needed to get that off my chest.

Via email, I pointed Delaney's comment out to Ms. Corcoran, and she responded that it certainly has the ring of truth:

Wow!  Thanks for finding this, I never even bothered to look at the comments.  This sounds like [redacted man's name] in Boston ... but let's assume it is a completely new and disgusted former refugee contractor....

Speaking of pushback, the Delaney comment spurred a reply from "Alice Rabbit," starting with, "You are a disgusting creature anti-White, responsible for the GENOCIDE of your own people."

I'll omit the rest of Ms. [?] Rabbit's heated comment.  She [?] may have missed the point that Delaney had come around after a couple of decades.  Or perhaps she was excoriating his absence of regret for his refugee-program work B.M. (before Muslims).