Reparations, Amnesty, And Brendan Eich: If Amnesty Passes, Patriots Will Be Persecuted

From The New Republic:

The Atlantic's Case for Slavery Reparations By Isaac Chotiner 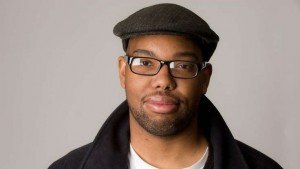 Ta-Nehisi Coates's long cover story in the June issue of The Atlantic is about reparations for slavery. Indeed, the piece is titled 'The Case For Reparations.' (It isn't online yet.) The story has been buzzed about for a while now, and while I recommend that everyone get their hands on the essay and read it at once, Coates's argument shouldn't be too controversial. But it will be—which is another sign of the sorry state of racial discourse in America.Coates was wise to focus the essay less on the evils of slavery and more on the systemic and institutional ways in which African-Americans have been beaten down, discriminated against, and terrorized over the past 150 years. Rather than being left to their own devices—something America prides itself on doing for its citizens—blacks were forcefully kept down by government and private institutions, federal laws and private banks. (The piece closes with Bank of America's recent behavior.) It is a powerful argument with some superb storytelling.

But prescriptively? Here is Coates, with some big ideas that really shouldn't sound all that earth-shattering:

Coates adds that he believes "wrestling publicly with these questions matters as much as—if not more than—the specific answers that might be produced," and says he supports a John Conyers bill that would merely call for a "Congressional study of slavery" and make recommendations for "appropriate remedies."

The fact that such measures will no doubt prove to be controversial is what makes this subject so depressing.

Obviously, paying out big cash reparations would, as Dave Chappelle observed, drive up in the short run the price of Cadillacs and cocaine with few long term benefits, which is why so many black intellectuals over the years who have argued for reparations eventually get around to saying that, well, of course reparations shouldn't be mailed out in checks to black individuals, they should instead be given to black foundations run by black intellectuals like me.If we spent $4 trillion giving $100,000 to every black person in America, blacks would still do badly a generation later on fire department hiring exams and all the rest. So, nothing would change about the status of blacks, nor about their complaints about invisible racism.

But Coates' argument is an important one: the point of reparations is not just the money, but also "a revolution of American consciousness," i.e., a permanent delegitimization of dissent, present and past, from the racial ideological conventional wisdom as embodied by T-N Coates. Let the Brendan Eich-style firings begin!As we saw, as long as gay marriage was losing over and over in referendums, some degree of ideological pluralism had to be pro forma allowed. But once the Supreme Court ruled, persecution of past pluralists seemed natural.

We need to understand that an amnesty for illegal immigrants would be used in exactly the same way: as signifying the end of any need for even the most pro forma tolerance of dissent on immigration policy. Let the firings begin!

There were a lot of things Orwell didn't understand, but he did grasp the essential appeal of being an ideologue on the winning side:

But always — do not forget this, Winston — always there will be the intoxication of power, constantly increasing and constantly growing subtler. Always, at every moment, there will be the thrill of victory, the sensation of trampling on an enemy who is helpless. If you want a picture of the future, imagine a boot stamping on a human face — forever.