Congressman Mike Rogers, the Chairman of the House Intelligence Committee, appeared on CBS’ Face the Nation show on Sunday, discussing the recent success of the ISIS jihad army in the Middle East. (Transcript)

ROGERS: It’s not that they may have designs on Jordan, they do have designs on Jordan. So, think of the government of Jordan. Now it has hundreds of thousands of refugees that are acting as a destabilizing factor for the government of Jordan, hard to keep them, they had to build housing for them. Imagine if hundreds of thousands of people showed up on your border and you have to take care of them, that is a destabilizing factor.

Hey Congressman, that’s exactly what America is facing now only the number may not have quite reached 100,000 yet, with 90,000 forecast for this year and certainly a far more than 100,000 next year.

Of course, the human tide flowing across America’s open border is a horde of illegal aliens coming for economic reasons, but they are being treated as refugees.

The bit about Jordan’s refugee crisis starts at 8:25 if you want to listen:

The residents of Central America heard that if kids came to America illegally they would be treated as refugees and allowed to stay. 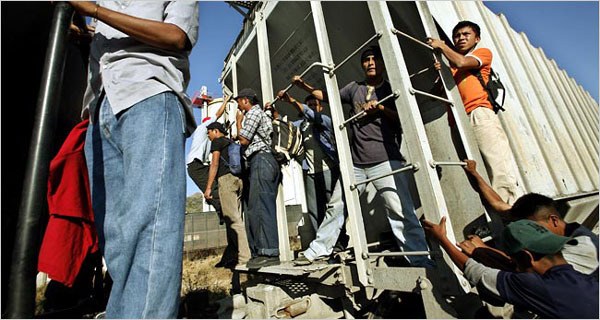