NumbersUSA has an announcement of a National Press Day  being organized by an Arizona-based coalition called Remember 1986.

Arizona is on the front lines of the immigration invasion, it's a pioneer in fighting back at the state level, and it's primary target for the Obama administration's "civil rights" lawsuits. 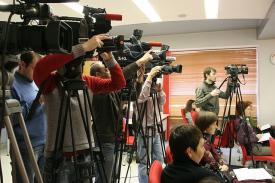 On Tuesday, May 21st, state and local groups around the country will hold a series of press conferences to highlight their opposition to S. 744, the Senate’s comprehensive amnesty bill. The goal is to call attention to the bill’s many failings and to promote an immigration-enforcement approach to reform.

An Arizona-based coalition called Remember 1986 took the lead in coordinating the press conferences. The coalition’s press conference web site page contains a list of planned events. In many instances, participants will be delivering to Senators NumbersUSA petitions that have been signed by a state's citizens.[More]

Of course, the people presenting a petition in Arizona will be presenting it to John McCain. (Good luck there!) VDARE.com remembers 1986 all right:

Iowa Senator Chuck Grassley voted for amnesty in 1986, and against it in 2006, because he'd learned better. In 2006, Peter Brimelow wrote

I'm particularly taken with the explanation for his vote against Kennedy-Bush offered by Senator Chuck Grassley, the popular veteran Republican Senator from Iowa:

(In other words, legislators learn from experience—bad news for immigration enthusiasts.)

Check out the Remember 1986 web page, and (if you're into that kind of thing) Meetup.com page.