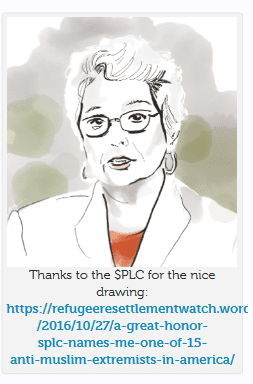 Didn’t get around to my sporadic weekly roundup on Saturday, so since it was so close to the end of the month, I’m posting a round-up for the month of October. A big month here—readership in a week is more than my first half year in 2007!  And, as I mentioned in a post this morning about Denmark, we have readers from all over the world—from 182 countries and territories just in October!

You should know that there is way too much to cover on the topic of refugees that I can’t possibly keep up by myself and luckily lots of media outlets are picking up refugee news (LOL!) other than fluffy puffy news about refugees seeing their first snow. Breitbart and World Net Daily are two online publications with regular refugee news.***

Although now that November is here, be ready for lots of warm and fuzzy news about refugees and Thanksgiving.  The resettlement contractors make it a point each year to hold Thanksgiving dinners for newly arrived refugees and invite in the local press (Propaganda 101!).

Without further ado, here are the Top Three Most Visited Posts of the last month. By the way, this number 3 top post was only published on the 27th of October so it did get a huge number of hits ( in only a few days) to be in the top 3. [More]