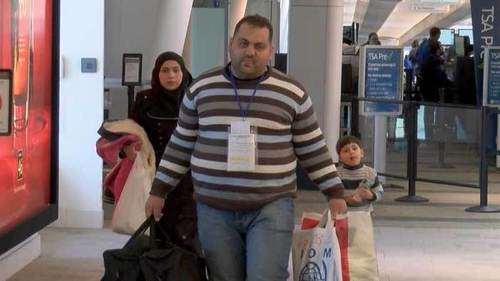 Refugee Resettlement Watch Roundup,November 28: Refugee Contractors Are Pulling Out All The Stops Because Paris Has Them Worried!

The Refugee Resettlement Watch roundup for the week ending November 28 is in, and after hoping everyone had a good Thanksgiving, Ann Corcoran writes

Those who are promoting the resettlement of hundreds of thousands of refugees to America (like these churches we told you about this morning) are now pulling out all the stops.  I’ve been following this issue for eight years and I have never seen a campaign like the one that started in the wake of the Paris terror attack.

BELIEVE ME! THEY ARE WORRIED!

The resettlement contractors have never been as worried as they are at this minute that their gravy train is being threatened by citizens standing up to them and that the issue is being discussed in American homes like never before.

The Obama Administration is worried that its final year to bring as many immigrant “seedlings” in to America as they can is in jeopardy.

There will be action in Congress, legal challenges to Governors who are standing up for state’s rights, and a major media blitz (already underway) to make you sound like a heartless bigot by the NO Borders Left who knew all along that Obama was changing America by changing the people!

1)Canada: Military thrown out of barracks to make room for Syrian refugees