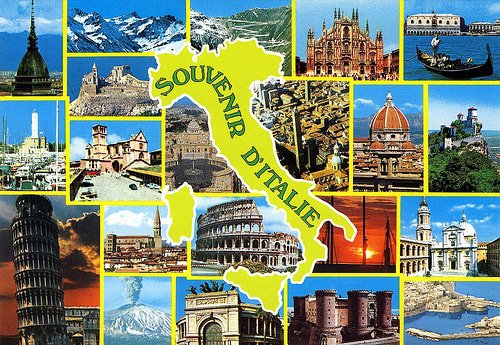 Funny how this diversity thing turns out to be not as advertised. Instead of everyone holding hands in utopian harmony, some diversity is more important than others, particularly when one tribe is willing to demand and intimidate with potential violence always in the background. And some infidels are so subjugated that they will give up their own culture before the hostile Muslims even start complaining.

Today’s example is Italian school headmaster Marco Parma who decided to axe the annual Christmas concert because he said the Muslim kiddies didn’t sing along in last year’s festivities.

Don’t Muslim newbies understand Europe is still a region of Christian culture? Actually, Islam insists Muslims must be colonists according to the hijrah doctrine, meaning they shouldn’t assimilate to the new nation but instead demand that non-Muslims conform to sharia values.

Back to the school fracas, parents were not happy about Christmas being sacrificed for Muslim comfort, and an international controversy ensued.

There is a happy ending though: the headmaster was forced to resign for his cultural perfidy.

In my opinion, traditional seasonal music is one of the best things about Christmas. Here is a popular Italian carol, Tu scendi dalle stelle:

The Guardian has more details about the background story:

Italian prime minister Matteo Renzi has criticised a headmaster who banned Christmas concerts and carols in his school near Milan in the name of multiculturalism.

“Christmas is much more important than a headmaster being provocative,” Renzi told Sunday’s edition of Corriere della Sera.

“If he thinks he is promoting integration and co-existence in this way, he appears to me to have made a very big mistake.”

Marco Parma, 63, prompted protests from some parents and a media outcry by deciding to postpone the annual Christmas concert for primary school pupils until January and rebrand it a “winter concert” which will not feature any religious songs.

The head of the Garofani comprehensive school in the small town of Rozzano has also confirmed saying no to two mothers who wanted to teach Christmas carols to the children during lunchbreaks.

“In a multi-ethnic environment, it causes problems,” Parma said, saying his decisions had been influenced by an unhappy experience last year.

“Last year we had a Christmas concert and some parents insisted on having carols. The Muslim children didn’t sing, they just stood there, absolutely rigid.

“It is not nice watching a child not singing, or worse, being called down from the stage by their parents.”

The school, which has primary and middle school sections, has a roll of around 1,000 pupils with an estimated one in five of non-Christian faiths, primarily Islam.

It is not clear what will happen next. Matteo Salvini, leader of the right-wing, anti-immigration Northern League, has called for Parma to be sacked immediately.

Parma said he is prepared to resign rather than back down and insisted he has the backing of the school’s teachers following much discussion of how to handle the sensitive issue.

The head denied press reports that he had banned crucifixes from classrooms.

Catholicism has not been Italy’s state religion since 1984. But a law dating from Fascist dictator Benito Mussolini’s reign requiring the presence of crucifixes in schools has never been revoked.