I hadn’t seen this shocking graphic until today. Ann Corcoran’s Refugee Resettlement Watch posted it in early February, having passed it along from The Los Angeles Times: 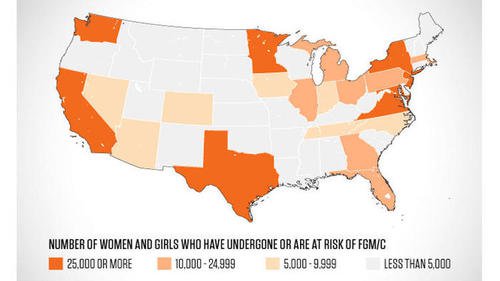 A half-million women and girls in this country had undergone or were at risk of female genital mutilation in 2013, another testament to the wonders of diversity.

Don’t hold your breath waiting for the customary outcry from the feminist left.