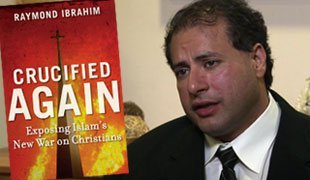 Prager University is a fascinating collection of brief videos on a variety of subjects from politics to history and philosophy.

Prager U has published a good five-minute explanation of radical Islam, currently the world’s most poisonous ideology, comparable to the extremist beliefs that roiled the 20th century. The speaker is Raymond Ibrahim, a researcher and author focused on the Middle East and Islam.

There’s no more dangerous, hostile ideology on earth. Why then do western nations admit believers as immigrants inside the gates?

RAYMOND IBRAHIM: What is the world’s most dangerous ideology?

In the first part of the 20th century, the answer was Fascism; first manifest in Italy in the 1920’s, and then in Nazi Germany and in Imperial Japan. It took a world war and 50 million dead to stamp it out. In the second half of the 20th century, the answer was Communism. Between the Soviet Union, Mao’s China and their client states, at least 100 million people were killed in its wake.

Those aims are antithetical to everything Western and other free societies stand for: free speech, free enterprise, freedom to practice, or not to practice, any religion, freedom of assembly, a free press and, of course, fundamental human and civil rights for all their citizens.

Islamism completely rejects the Western principle of separating religion from government. In its view, governments are legitimate only if they rule according to religious law — in Islamism’s case, Sharia, Islam’s extensive body of sacred laws. Sharia is based on the teachings of the Quran and the Sunnah. The Quran is believed to be the literal words of Allah, as revealed to his prophet Muhammad in the 7th century. And the Sunna consists of the words and deeds attributed to Muhammad.

Islamists interpret Sharia to hold that anyone born Muslim must remain Muslim and face execution if they convert to any another religion; that adulterers must be stoned to death; that anyone who insults Islam or Mohammed must either be severely whipped or executed, and that thieves should have a limb cut off. In addition, Islamists condone polygamy and child-marriage.

These beliefs are being put into practice right now in, among other places, Iran, the Sudan, Saudi Arabia, the Muslim parts of Nigeria, parts of Pakistan Syria, Iraq and Afghanistan — and wherever else Sharia has established a foothold.

If Islamists were content to live under strict Sharia law in their own communities and leave everyone who doesn’t want to live that way alone, they wouldn’t be a threat to the rest of the world. But that would not be Islamism. Islamism wants the entire world governed by Sharia.

And anyone who opposes Islamist expansionism is the enemy and must be destroyed. That, of course, includes the United States, all of Europe and Israel. But it also includes fellow Muslims. Indeed, Islamists have killed far more Muslims than members of any other group.

So, how many Islamists are there? Nobody knows for sure. But we can make some conservative calculations. There are approximately one and a half billion Muslims in the world. How many of these are Islamists? A 2013 Pew Research Poll offers some clues. 86 percent of Muslims in Pakistan, 80 percent in Egypt, and 65 percent in Jordan, support the stoning of adulterers. 79 percent in Afghanistan, 62 percent of Palestinians, and 58 percent in Malaysia, considered a moderate Muslim country, support the death penalty for Muslims who convert from Islam.

If only 10 percent of the world’s Muslims are Islamists — and the percentage is likely higher — that’s 150 million people.

Among these, how many are willing to take violent action to enforce their Islamism? Here we’re talking about Al Qaeda, the Islamic State, the Taliban, Hamas, Hezbollah, Boko Haram, Al-Shabaab, and other groups that send suicide bombers into markets, explode car bombs at funerals, throw acid in the faces of girls who attend school, murder sisters or daughters who defy the will of a brother or father, or who fly hijacked airplanes into buildings. This is a very a hard number to pin down.

So let’s again be cautious and say the figure is only 2% of that 150 million. That’s still three million people. Three million potential terrorists organized by a common ideology — and supported by many more.

The good news is that hundreds of millions of Muslims are not radical Islamists. Just to cite one example the Islamist Muslim Brotherhood governed Egypt for one year in 2012. But enough Egyptians were so outraged by the Brotherhood’s harsh imposition of Sharia law that they staged perhaps the largest demonstrations in human history against the Muslim Brotherhood and brought that government down.

Since the beginning of the twentieth century, every generation has been confronted with a lethal threat to freedom and fundamental human rights. Free people defeated the last two totalitarian threats, Fascism and Communism. If we want to preserve freedom, we, non Muslims and Muslims alike, will have to defeat the threat of our time — Islamism.