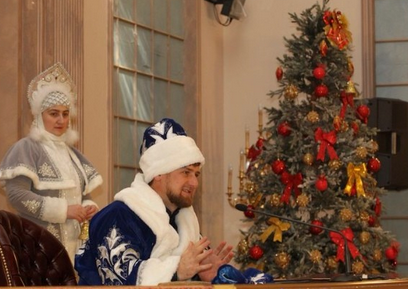 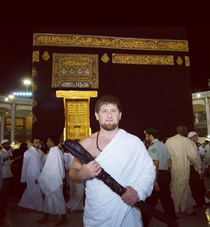 He has a famous Instagram account where he posts pictures of himself punching out failing ministers, inspecting monster trucks with Gerard Depardieu, showing off his golden gun, sending his body double to work in his place, and the like.

He's living the dream of eight-year-old Chechen boys everywhere. He's the Checheniest Chechen of them all. 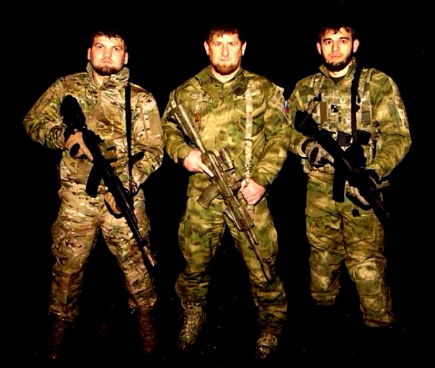 Kadyrov was in the news recently asserting that his crack security forces had disposed of some top terrorist bandit threatening the Sochi Olympics.

But with the Olympics coming to the Caucasus, Kadyrov appears to have been put on his best behavior, Instagram-wise. 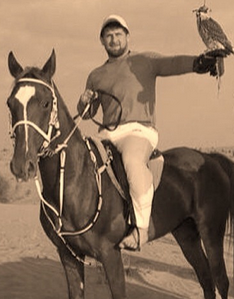 Now it's mostly Ramzan as an ecumenical Father Christmas, or piously making another pilgrimage to Mecca. Apparently, they didn't let him sweep out the Kabaa like last time.

We get an occasional picture of the old Ramzan, but mostly he seems to be trying to maintain a low Instagram profile until this Olympic thing is over. It must be killing him to know that all the cameras in the world are going to be only 400 miles away and they won't be pointing at him.