Radio Derb Is On The Air: Why NOT Defund Homeland Security? It's Not Like They're Actually Securing Anything, Etc.

Commenting this week on the congressional impasse over DHS funding, I cannot restrain my inner cynic: 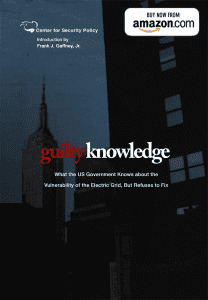 Would it make any difference to the security of our homeland if the DHS were defunded? In matters of immigration and border control, the executive branch won’t let them do their work anyway. The Department Secretary Jeh Johnson is another lefty stooge from the Mulatto Mafia. Send him home to watch TV.

Aren’t there ongoing projects vital to our safety that need to be kept going, though? I doubt it. The other day I attended a talk by a fellow from the Center for Security Policy. The topic was protecting America’s power generation infrastructure from EMP. That’s Electro-Magnetic Pulse, a surge you get in power apparatus when a major solar storm hits, or when hostiles explode a nuke high abover the atmosphere.

The booklet that accompanied the talk is on my desk. You can buy one yourself from Amazon for six dollars. It’s titled Guilty Knowledge, subtitle “What the U.S. Government Knows About the Vulnerability of the Electric Grid but Refuses to Fix.”

Bottom line: People like the guy giving the talk have been banging away for years at this issue, which could cause tens of millions of deaths. Nothing ever gets done. And yes, this is in the purview of the DHS.

The DHS, like most of the federal government, is a waste of space. Shut the damn thing down.