Radio Derb Is On The Air: Why Don't Blacks Have Their Own Oscars?, Etc. 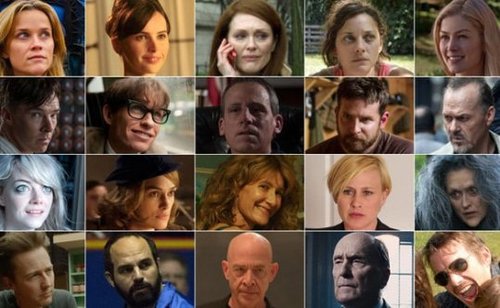 Al Sharpton says the Oscar Nominees are the wrong color

This week I pass comment on the fuss about acting nominations for the Oscars being all white.

Al Sharpton sprang into action on this one. The nominations were, he said, quote, “appallingly insulting.” Then, unsheathing his trademark rapier wit, he compared Hollywood to the Rocky Mountains, saying, quote, “the higher you get, the whiter it gets.” [Laughter.]

Rev’m Al has called for an emergency Hollywood meeting to discuss possible action. I confidently await news that Eric Holder has launched an investigation.

Actually I think the interesting point to notice here is how little traction the complaints have got. Blacks are riled up, of course, but no-one else much seems to care, not even the liberal columnists and bloggers. I find myself wondering again, as I do quite a lot nowadays: Have we reached Peak Negro? Are the reservoirs of white guilt drying up at last?

The other question that comes to mind is: Why don’t blacks have their own Oscars? After all, they’ve got their own TV entertainment channel, BET; and just last week NBC launched a news channel for blacks, NBCBLK. The new channel describes itself as, quote, “dedicated to elevating America’s conversation about black identity, politics & culture today.” There is also Blackbird, the web browser for black internet users who find Internet Explorer or Google Chrome unacceptably white-supremacist. Having their own Oscars could be the next step. They could call them the Baracks, or maybe the Als …