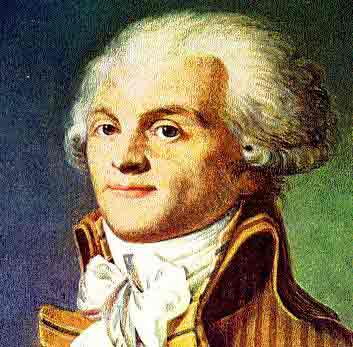 Radio Derb Is On The Air: Robespierre On Afghanistan—"No One Loves Armed Missionaries"

Radio Derb is on the air—here's a sample:

We listened to some lectures from the Great Courses company during those long hours on the road. The actual lectures we listened to were those by Prof. Desan on the French Revolution.

You can never know enough about the French Revolution. So much of modern politics and culture has its origins there in the 1790s. Arithmetic, too, as I was reminded when driving around in Canada, trying to convert gas prices in my head from Canadian dollars per French-revolutionary liter to U.S. dollars per gallon.

One thing from those lectures that stuck in my mind was a quote from the revolutionary leader Maximilien Robespierre. The point at issue was whether the French revolutionaries should soldier out into neighboring European countries to spread their radical ideals by force of arms. Robespierre did not think they should. Said he, quote: "Personne n'aime les missionnaires armés." Translation: "No one loves armed missionaries."

The full paragraph bears quoting, in fact. Here it is in English:

The most extravagant idea that can be born in the head of a political thinker is to believe that it suffices for people to enter, weapons in hand, among a foreign people and expect to have its laws and constitution embraced. No one loves armed missionaries; the first lesson of nature and prudence is to repulse them as enemies.

Here's my question: If Maximilien Robespierre had figured that out in 1792, how come the American politicians of 200 years later still didn't know it?

The topic here is of course our missionary wars in West Asia. Latest news on this is that our war in Afghanistan, now entering its fifteenth year, is to go on for a couple of years more, contrary to President Obama's promise to get all troops out of there by 2017.

Fifteen years! Common sense suggests that if you can't win a war in fifteen years, the War Gods are trying to tell you something. But then, common sense also suggests the thing that Robespierre said: Yet there we've been, slogging around the Hindu Kush for fifteen years, trying to get mountain tribesmen to reorganize themselves on principles we hold dear, but which are incomprehensible to them.

Go here to hear the rest, including

02m41s— The issues guy and the attitude guy. (Democrats debate.)

07m55s— The Wisdom of Robespierre. (Fifteen years of futility.)

13m34s— The whining minority. (The price of race denialism.)

43m23s— Getting real with the Chateau. (Does Black Lives Matter matter?)

46m26s— News from Alaska. (Escapee from the Playboy Mansion?)