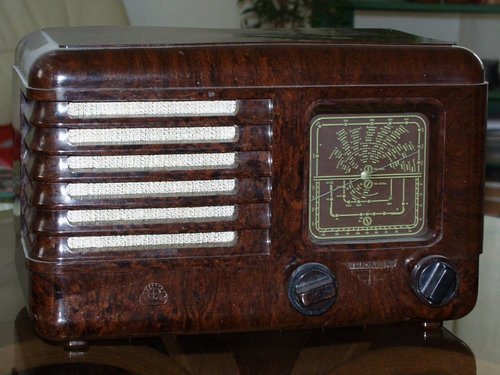 Just a few points from the email bag about Friday’s Radio Derb.

Flatulence.  A Canadian listener manages to yoke two of the podcast’s themes:  my Canada trip and my flatulence story.

You need to recall a couple of things:  (1) the mid-20th-century fad for identifying political leaders by their initials (FDR, JFK, LBJ), and (2) liberal darling Pierre Trudeau was Prime Minister of Canada from 1968 to 1979.

Over to my listener:

Our 1968 God de jour Pierre Elliott Trudeau was lovingly called PET by the then slavish English Canadian media, who were blissfully unaware that that sounded like a certain aromatic French word. The Québécois picked up on it in their own jokes, of course.

The joke is that “pet—” is the root of a French verb signifying a regrettable but common body function.

Also, come to think of it, of a noun, as in the subject of Jean Nohain’s classic little biography Le Petomane.

I remember that when Le Petomane first came out in England thirty-odd years ago it was a popular Christmas gift, mainly I believe from wives to husbands.

Spanish Louisiana.  Two different listeners emailed in with words to the effect: “Louisiana was French, you dolt, not Spanish!”  Uh-huh.

Acadian exiles in the middle and southern [British American] colonies [whither they had been deported] gravitated towards the former French colony of Louisiana, whose new Spanish rulers were sympathetic to Roman Catholics.

That’s from a little handbook titled The Deportation of the Acadians that I bought at a souvenir stand in Nova Scotia, published by Société Promotion Grand-Pré.  Go argue with them.

Nearly every Englishman of working-class origin considers it effeminate to pronounce a foreign word correctly.  [George Orwell, The Lion and the Unicorn.]

Sound glitch.  At the start of segment five (on education).  Sorry about that.  Heads will roll.  The first sentence should be:

There is no region of our culture where determination to ignore the realities of human nature is more doggedly pursued than education.

Whatever.  I got pulled over and ticketed by the Grammar Police for saying, of the word “Chinaman”:

That word had been declared taboo at some point in the later 20th century by whomever it is that gets to declare these things.

Should be “whoever,” they said.  Checking with Fowler, I see they are right, darn it.  Fowler:

Whoever is a relative that resembles what in containing its antecedent in itself; as what = that which, so whoever = any person who.  The that and the which of what may or may not be in the same case, and similarly the any person and the who of whoever are often in different cases.  But the case of whoever is that of the who, not that of the any person, that is, it is decided by the relative clause, not by the main sentence.

Got that?  On the principle that one may as well be hanged for a sheep as for a lamb, I wish I’d gone the whole ram hog and written “whomsoever.”